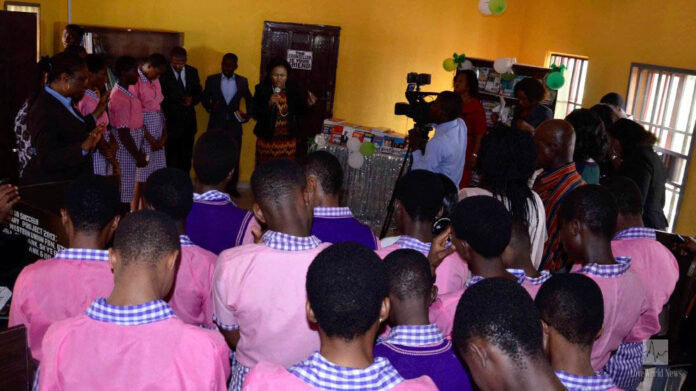 The now-popular 1996 song by French band, E.R.A, Ameno (Dorime) has landed a couple of high school students in trouble as they were caught in a compromising situation.

As typical of Africans, when a song sang in a foreign language is able to penetrate the market, it must have something “evil” backing it. Therefore ‘Ameno‘ known popularly as ‘Dorime’ has been classified as such by many.

The all-girl students of Idia College in Edo State, Nigeria were seen in a video holding up what looks like a single palm front each, walking in circles while ‘Dorime’ played in the background. The leader who recorded the video is heard ordering stingy men to send them money.

It did not take too long for their video to reach the authorities of the school. The students numbering about eight were called to the staff common room to answer for their actions.

In June 1996, ‘Ameno’ was released by the French new-age project, E.R.A as a single off their eponymous debut album which dropped the same year and was re-released in 1998. The track was written by Eric Levi, who put the project together and conceived the idea, a Pulse Nigeria report states.