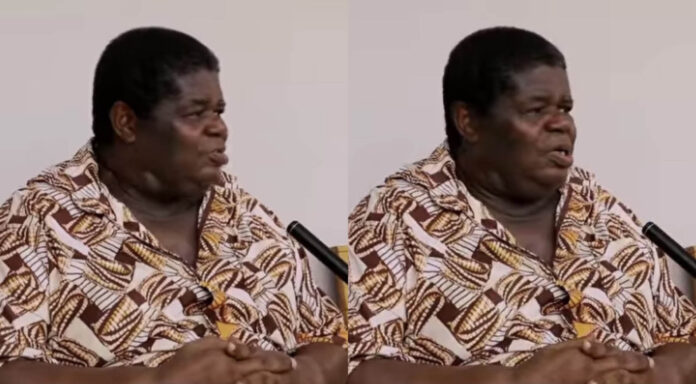 Psalm Adjeteyfio, known popularly as T. T as a result of his role in the once popular Taxi Driver series was captured in a video pleading with Ghanaians to come to his aid since his rent was due but didn’t have enough money to renew.
In the interview, T.T disclosed that he needs an amount of GH¢3000 for his rent or risks being evicted.

Touched by T.T’s plight, The Vice President of Ghana Dr. Mahamadu Bawmia has come to the aid of the veteran actor.

In a Facebook post, the Deputy Director of Communications at the Office of the Vice President Krobea Kwabena Asante revealed that Dr. Bawumia has footed TT’s rent bills.

Dr. Bawumia paid 6 months rent renewable for the next 5 years totaling GH¢30,000 and also handed an amount of GH¢20,000 to the veteran actor.