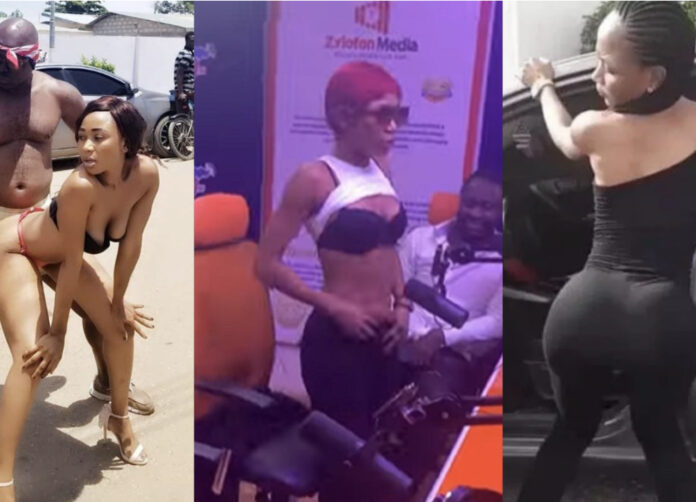 In a rather thought to be converted individual who has been reported to be living a new life after turning into a new leaf when she switched to the Islamic religion, she is still making claims of how she became famous and rich in Ghana and other parts of the world for what she thinks has brought her the popularity in Ghana most especially.

Akuapem Poloo, has stated that, she posting wild and sensuous outlooks of her life through videos and pictures online, would not be anything as a big deal for her because it is what she enjoys and fancies the most due to the positive impacts she has been getting from such worldly desires she is totally into just to be making money while having fun.

According to her, she has become wealthy and famous in the world because of the photos and videos she has been releasing through online and she has never regretted doing it over and over again simply because, when she does that, she finds joy in it due to her mentality and beliefs that, such dramatic lifestyle brings her more fans and the richer she becomes in the country and therefore there is no need for her to desist from containing the advice from the people in society to tone down that lifestyle of hers.

She further revealed that, the only thing in this life which has brought her this far is how dramatic she lives her life and not anything but if some people are admonishing her to stop such a lifestyle, how are they expecting her to make ends meet; she stated.