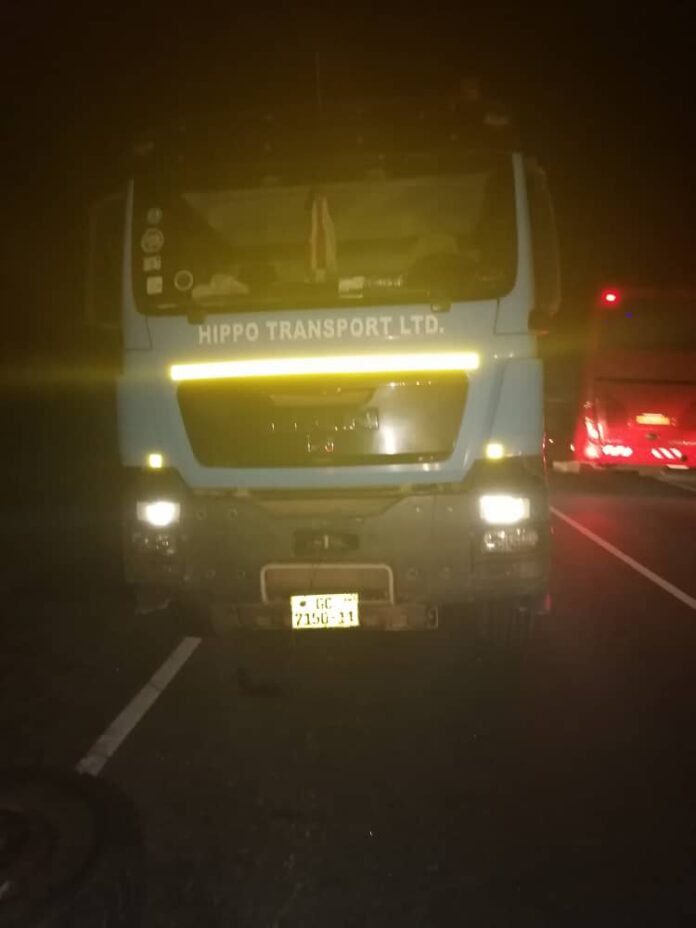 The accident occurred on the Akyem Asafo stretch of the Accra-Kumasi Highway Wednesday dawn.

Bodies of the two drivers – Victor Quest and Joshua Tay have been deposited at Suhum government hospital morgue.

Starr News has gathered that the Bus was transporting passengers from Kumasi to Accra but on reaching the Akyem Asafo portion of the road ran into the rear of a stationary Man Diesel Articulated truck with registration number GC 7150-11 abandoned on the road by its driver identified as Abdul Haruna,45.

The driver of the STC Bus Victor Quest and his second driver Joshua Tay died on the spot. The bodies were removed from the bus and deposited at Suhum Government Hospital mortuary for preservation and autopsy.

The injured passengers including the Police escort General Constable Felix Appiah were rushed to the Kibi Government Hospital for treatment.

He said the accident vehicles have been towed from the road to a safer place for free flow of traffic while investigation continues.

Ghana has recorded alarming cases of road crashes this year which have resulted in the death of 779 people in the first quarter of 2021.