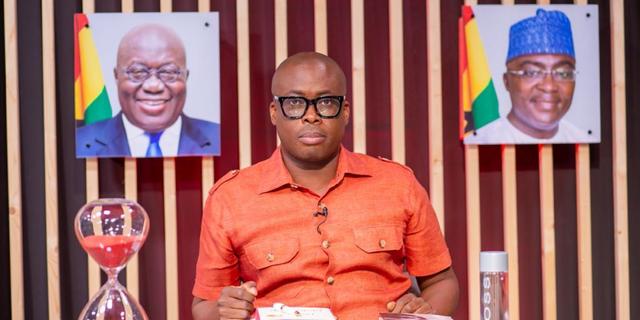 The host of Good Evening Ghana on Metro Tv Paul Adom Okyere, has finally responded to Captain Smart after the latter described him as a fool who knows nothing but nonsense and and acts of tomfoolery that he always displays on air whenever he appears on television.

According to Paul Adom Okyere,he does not engage himself with fruitless mulberry street conversations and frivolous engagements to win cheap political point because he is an intellectual analyst of issues and not any individual who only speaks and expresses himself without thinking twice about the consequences of his outbursts and utterances.

Paul Adom has therefore admonished and challenged his accuser who claimed he Paul Adom Okyere is a non entity when it comes to displayance of intellects, to engage himself in sensible discussion with his panelists and let Ghanaian people alone be the judges and let us see who is going to make more sense than the other.

There has been back and forth brouhaha between Paul Adom Okyere and KKD where Kwasi Kyei Darkwa alleged that the government advisor on contraction of foreign loans acquisition Ken Ofori Atta has put himself in a position of conflict of interest because of his relationship with Data Bank as the owner of the bank who only gains benefits from the resources of the country and by an extension using such profits to develop and grow his company which Paul Adom Okyere rebutted such damning assertions that might seem to incriminate the personality and imagine of the minister of finance and economic planning Ken Ofori Atta.

According to Paul Adom Okyere, he had reliable sources that pointed it to the fact that the minister of finance and economic planning Ken Ofori Atta has been in the business of being government advisor on contraction of foreign loans acquisition for Ghana since 2014 and not at the time this incumbent president His Excellency Nana Addo Dankwa Akufo Addo became president in 2017 as many Ghanaians are creating such flawed impressions to be the case.

Based on that, Paul Adom Okyere who is the host of Good Evening Ghana on Metro Tv queries about the genuineness of the assertion created by Kwasi Kyei Darkwa, popularly known as KKD with the same support coming from Captain Smart after which he also corroborated with KKD that indeed that is what the finance minister has been doing while instead he should have recused himself from that position if he were a man of conscience.

According to Paul Adom Okyere who is not taking kindly to the attacks unleashed and launched spiritedly against his intelligent quotient stating he is only an adult who is old but does not mature in intellectual discourse, has therefore tackled Captain Smart to be very mindful of his “ps and qs” because he Paul Adom Okyere always displays his high level of wisdom and knowledge when he talks on matters pertaining to the national interest using intellectual analysis and if he is also wise and intelligent like him, then he should also so same so that he blindly covers his foolishness and emptiness when he is speaking on matters of intellectual capacity.