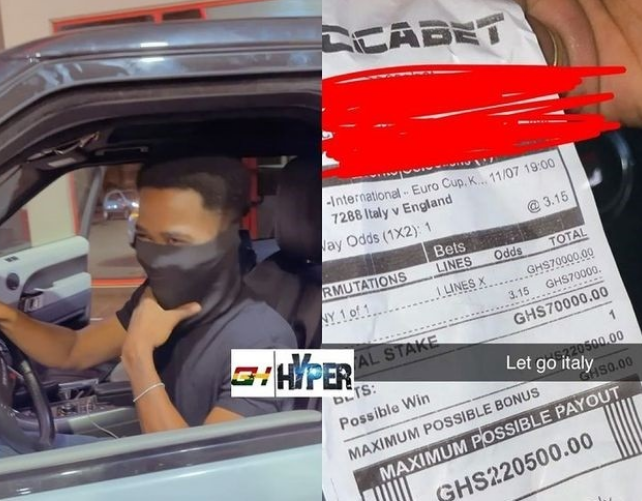 A young Ghanaian man called Shugar Kwame decided to be bold and place a big beat on Italy ahead of their final game against England in the European Cup final which was placed at the Wembley Stadium on Sunday night.

According to a post sighted on social media, the young man placed a bet of a whopping GHc70,000 on Italy.

Sadly however he has lost this amount because the game ended in a 1-1 draw during the regulation time of the game whereas he went for a straight win for the Azzurri’s of Italy as against the Three Lions of England.

From the video shared with the post, it appears that he will be hurt even though he might have more of that money. in the final which was played yesterday, July 11, 2021 at the Wembley Stadium in London.

In as much as he lost high time, the Italians won the trophy after extra by beating England 3-2 on penalties.

Watch his reaction below.