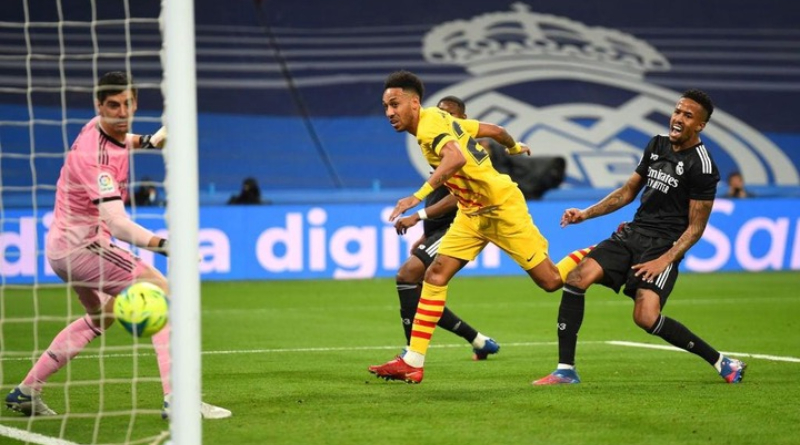 FC Barcelona crashed Real Madrid 4-0 in the El Clasico. This is the first time in the season the “Los Blancos” lost a home game.

The Catalan giants, FC Barcelona had a decent start to the game, dominating possession and creating chances. Pace in wide areas proved a real asset for the visitors. Barcelona youngster Ferran Torres created a decent chance for Pierre-Emerick Aubameyang, but the forward’s effort was brilliantly saved by Thibaut Courteous. 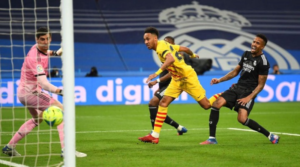 On the half-hour mark, Ousmane Dembele left Nacho Fernandez for dead before delivering a pinpoint cross nodded home by Pierre Aubameyang. Barca double their lead before the interval. Dembele was the provider once more. His brilliant corner gave Araujo a free header to power home and silence the Bernabeu.

Carol Ancelotti changed his sides system in the absence Karim Benzema, and it was a major factor before the game. He tried a different system after the break. The changes had no impact though, ad Torres extended Barcelona’s lead minutes after the break. Frenkie De Jong found Aubameyang who produced a fabulous chop to give Torres the chance to find the top corner.

Few minutes later the cules added a fourth. Real Madrid failed to play to the whistle having presume Torres was offside, but the Spainard slotted in Aubameyang to chip beyond Courtois, with the goal given after VAR check. Xavi’s men were on the rampage and showed no interest in taking their foot off the gas, Aubameyang missed a glorious chance to complete his hat-trick.

Truthfully, Real Madrid should count themselves lucky they only conceded four in a shambolic display. Ancelotti has now lost four of his previous six meetings with Barcelona.

Xavi has now seen his side remain unbeaten in their first ten league away games as they closed the gap to Sevilla to just three points.