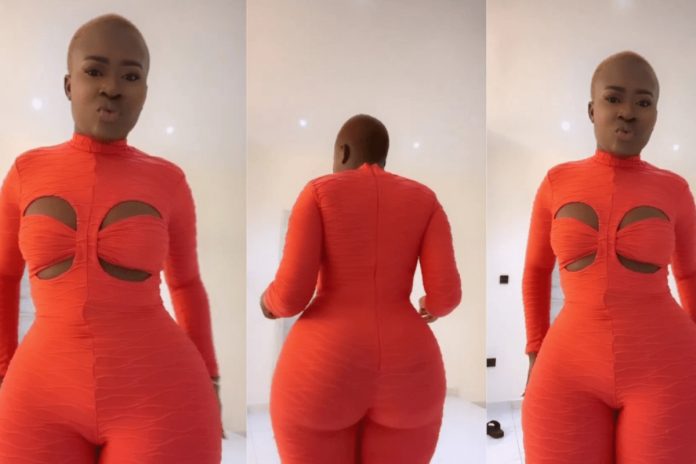 Social media users have once again criticized and defamed Ghanaian actress and socialite Fella Makafui for her recent choice of attire for occasions.

One week ago, Fella Makafui was viciously mocked on a local web site for flaunting her attractive body by donning a see-through black dress.

Fella’s black pant, which further exposed her booty and thigh, was revealed by her designer black see-through mesh stocking.

Fella flaunted her cleavages in a recent video that has been discovered on her Instagram profile while wearing an orange skin-tight jumpsuit.

Many naysayers had hoped that she would have learnt from the past trolls, but it appears that Fella has chosen not to acquiesce in the harsh criticism and suggestions of the crowd.

In the brief trending video that has gone viral online, she danced her heart out while wearing her outfit with ease.