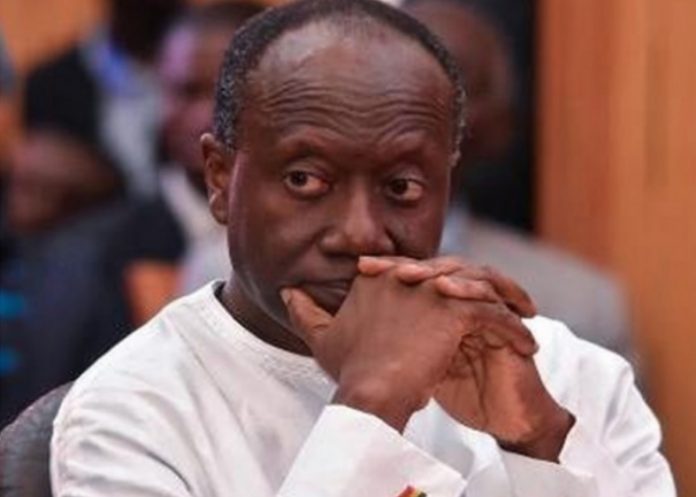 Money accrued from all forms of contributions and donations towards the benevolence aid of Ghana when the world deadliest pestilence, Corona virus struck the whole world three years ago, is under an austere bone of contention on the floor of parliament in Ghana as the Speaker of the house drags the minister of finance and economic planning to render an account for his stewardship.

A wide range of issues have been raised in the chamber of parliamentary caucus as to how covid expenditure had been utilised either wisely or unwisely. It is at the back of this grave contention that, the finance minister, Ken Ofori Atta has been dragged by the speaker on the floor to the house of parliament to answer questions on how exactly the money derived from all benevolence supports was spent.

Rt Hon. Alban Bagbin, has been on the throat of the finance minister on suspicion that, he embezzled state resources on some frivolous products or services that could not be accounted for and due to that serious case, the finance minister is adopting a kind of a lackadaisical attitude to delaying the process in questioning him on what had happened to the money collated from all the contributions others devoted themselves to offer towards the development of Ghana.

According to the speaker, who is eager to hearing what would come out from the horse’s own mouth, is not leaving any stone unturned the real core fact of how the money garnered from the covid has been distributed and shared in the country.

The government stated some weird items that they claimed to have spent the money accrued on as if they are the only people who have the hands on engage in criminal activities in the country but because some of us believe in posterity, we are not having such criminal thoughts as they are filled with it 24/7 in their attempt to robbing and milking the country run dry from head to toe. Everything appears that it is not the intended purpose of the minister of finance and economic planning, he is delaying the process involved in answering questions on how such expenses could not be accounted for.

Some bigwigs of the ruling government are lecturing the finance minister to what he should say about anything else that comes with consequential to avoid being wanted by the police officers. The moment speaker of parliament raised the object to some of the issues raised before he finally concluded that the finance minister might have certain issues to put before the country for his support.

The matter of whether the covid contributors could only be given to the country men and women who are industrious and diligent in doing what is right and doing what is happening but from the looks of the owners even though he does not have anything for not tendering in a credible accounts, it is by that reason we are not moving forward because they have what they are using today.