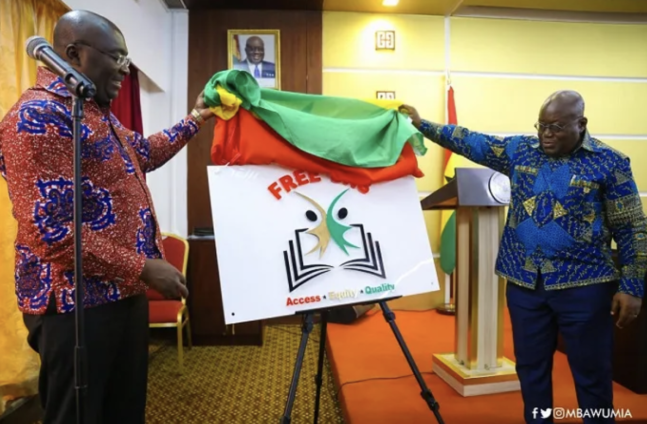 It has been announced by the Director General of the Ghana Education Service, GES, Prof Kwasi Opoku Amankwa that, the current free senior high educational program, is present, undergoing a review process to determine how much precisely the parents of the students partaking in the initiative would be in due cause.

According to him, the burden incurred by the implementation of the program is too severe for the authorities in charge of its effectiveness to cope with, and for that reason, they are putting their heads together and see what support the parents could also bring on board to as a matter of urgency, alleviate the financial difficulties that they are facing regarding the smooth progress of the free senior high school program.

It had been numerous calls from all well-meaning Ghanaians that the government should take a second look at the challenges that the free senior high school program has caused in the country since its implementation and thus, second thought should be quickly taken so that some portion of the fees could be footed by other parents and guardians who are capable of paying for the tuition fees of their wards to reduce the harsh conditions ongoing in the country as we speak but the government remained adamant thereby, refusing blatantly to yielding to calls knocking on its offices for a revisitation of the initiative.

It is however not clear as to who exactly is telling the Ghanaian populace the whole truth and nothing but the truth and a complete fallacy and political gimmicks but many are very much aware of the countless ramifications caused since the implementation of the free senior high school program commenced as a campaign promise for the current president of the Republic of Ghana, Nana Addo Dankwa Akufo Addo.

It has been reported by our authoritative media channel that, the food shortage has affected a lot of schools across the entire country where a large number of students were seen sharing food substances that could be meant for hogs, and human students were feeding on such surplus to requirements remnants in the full glare of the public without any shame because they were left with no option but to be fed on a bunch of savages in their attempt to satisfying their hunger.

As it stands now, there is no official communication coming from the presidency but many people believe that the director general of the Ghana Education Service had been appointed by the president who is running the affairs of the nation at this juncture and for that matter, he would be privy to the ongoing raging debate as to whether the parents of the beneficiary free senior high school program participants are going to pay part of what they are yet to finally approve as a stop-gap measure in solving the quadratic problems that the implementation of the free senior high school program has caused to the country.

Even though some parents are willing to pay the tuition fees for their wards, they are not aware of how much exactly they are going to pay in a way of supporting the government to come out of the economic debacles instigated by the implementation of the free senior high school program since its inception.