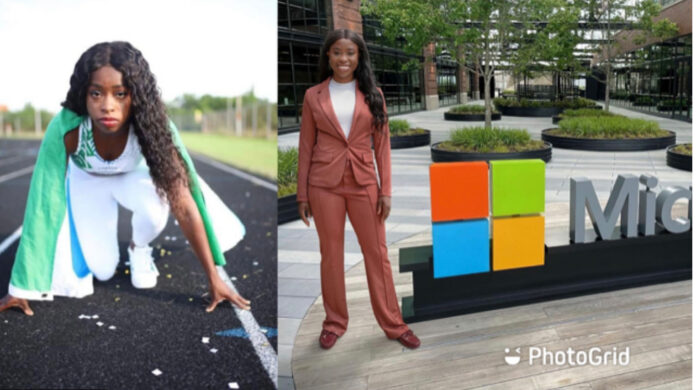 has been appointed as one of the top managers of the world famous Microsoft national headquarters.

Margaret Vanessa Barrie, popularly known as Margie Barrie, has reportedly been recruited by the owners of Microsoft where she would work as a topmost senior ranking officer in the national headquarters of the company as a uX designer of the institution.

She is highly expected to be the leader in the company’s designs undertakings of all the storefronts at the Microsoft office after a successful completion of contractual agreement between her and the owners of the establishment.

The sudden appointment of Margaret has sent strong echoes into the nerves of those who are doubting if she has the capacity and the acumen to be able to perform such hatchet jobs assigned to her persona but she stated that she is going to perform the tasks granted her amazingly without any shred of ambiguity on her dexterity.

She revealed that she is excited to find herself in a different jurisdiction where she meets highly recommended and recognised individuals with proficiency and expertise where they share ideas on issues relating to developmental projects and businesses as she goes all out for change of perception concerning her new role in the job field.

According to her, this is a dream that has come through successfully although she was very much expectant of such a mouthwatering breakthrough in her life, but this particular one has come so soon which puts joy and happiness all over in her life experience.