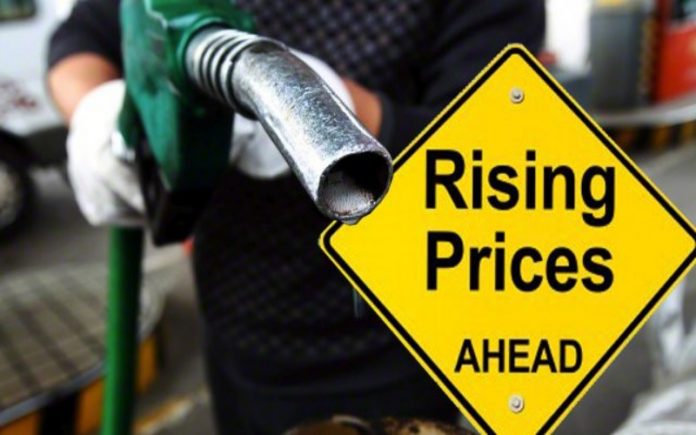 It has been revealed by the energy think tank, Institute of Energy security, that for just the past five years, the prices of fuel in Ghana, have shot up by the whopping percentage of; two hundred and eighty-eight percent causing it to be the highest ever since the fourth republic.

According to the revealing revelation exposed by the energy think tank, it is result of that, that is why goods and services are rising quickly and fast across the entire country where many continue to struggle economically for survival.

If the report of the energy think tank is anything to go by, then something is wrong somewhere because it appears as though there is no reasonable measure that has been put in place to forestall the unnecessary rise in prices of fuel in the market due to the much available quantum of sizable oil reserve in the country but other authorities are also attributing the increment on fuel as a contributive factor of the ongoing unrest between Russia and Ukraine which does not give any actual timeline of when exactly things are likely to return to normalcy in those two nations.

It was last week announced by some driver Unions in the country that, they would be increasing the fares on transportation this very week if things do not go the way they are expecting them to be because they are running at a loss of their business activities due to the hike in prices of fuel and it is hampering and obstructing their economic inflows from the work they are doing for survival.

Over the weekend, it had been reported by certain media houses that, fuel prices had been cut down by the margin of; 11% which brought some sort of happiness and smiles to the faces of many people across the street but today, it seems it is just a hoax because nothing of that kind appears to be working as we report on this thought-provoking issue.

Ghanaians continue to register their displeasure about the high cost of living in the nation due to the incessant hiking of prices where the salaries of employees could at least cushion them to mitigate the ramifications of the impacts created by the unfriendly status of the economy, but nothing is being done about it as an attempt to alleviating the plights and economic hardships they are enduring in the country.

Public sector workers are also agitating seriously due to the rising cost of living and as a result of that undeniable fact, they claimed that things have gone out of hand, and based on that, they could not bear the afflictions any longer hence their final resolution in backing down their working tools thereby abandoning the classrooms in some instances across the length and breadth of the state of Ghana.

The government of Ghana too is not willing to do anything meaningful to help alleviate the sorrowful state of the workers most especially, the public teachers but it was brisk to add that, there is no money available in the coffers of government but the leadership of the executive arm of government, is only pleading and appealing to the public sector teachers to return to the classrooms as their unionized hierarchies are still negotiating with the government to find a lasting solution to their pending and emerging grievances which resulted in their strike action about a fortnight ago.