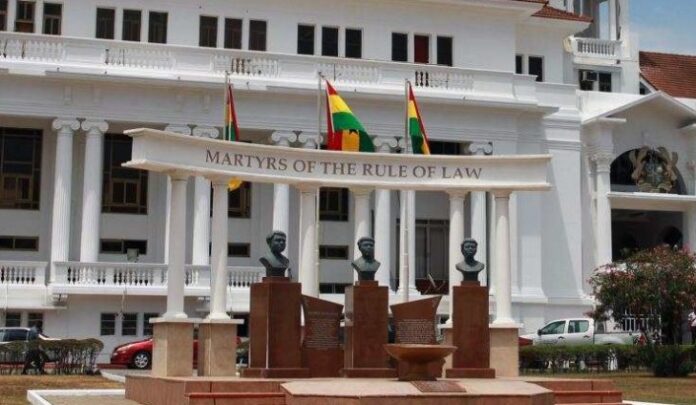 The Ghana Bar Association, GBA, has affirmed and upheld the purported letter, which was secretly written by the Chief Justice, Justice Kwasi Anin Yeboah, to all the judges in the country to among other things, call the cases of senior lawyers for speedy adjudication of justice before the young lawyers.

According to GBA, the call emanating from the outfit of the chief Justice, is a remark in the right direction for the amateur lawyers to fully acquaint themselves with thorough procedural legal procedures in dealing with court cases before appearing in court to represent their clients.

The Public Relations Officer of the Ghana Bar Association, Saviour Kudze, has confirmed the stance of GBA on the matter, saying; “The view expressed by the chief Justice to the judges, is a call in the right direction which comes at the right time which will enable the junior lawyers to take their time and learn carefully before they come to court.

The position of the GBA, is now putting to rest, all the hullabaloo in the legal fraternity. The chief Justice, according to earlier reports, instructed all the judges to consider the senior lawyers and their respective clients in court cases delivery before attending to any other because, the other ones must learn assiduously so as not to expose their naivety on the law before the public when their cases are called for justice adjudication.