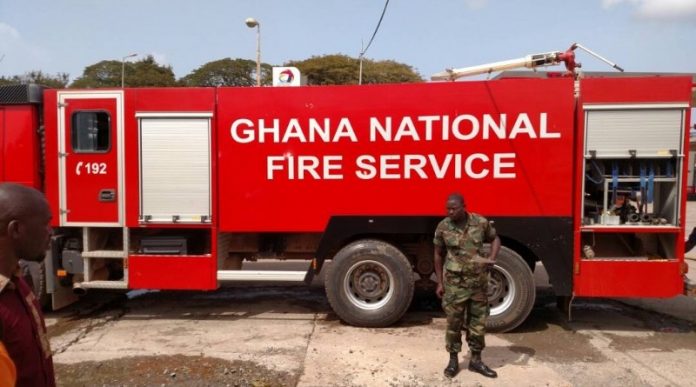 Almost, a dozen of fire service personnel, had been asked to go home without salaries for their involvement in criminal matters pertaining to recruitment malpractices which they think they were doing at the blind side of their hierarchies but unfortunately for them, luck eluded them and they were nabbed for engaging in criminal conducts. 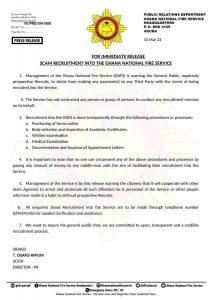 The Ghana National Fire Service, has therefore to protecting her hard won reputation and maintaining high level of institutional integrity, dismissed eleven of such verified individuals to leave the service as preliminary findings revealed their culpability in the cases of frauds and gross indiscipline behaviours that they engaged in would not cajole the whims and caprices of the authorities running the affairs of the national institution which is highly respected by all well meaning Ghanaians because of the manner in which she does her activities flawlessly emanating from high standard of discipline and fortitude which accords them to winning public trust and confidence in their line of duties.

As the Ghana National Fire Service has indicated of flashing out miscreants parading themselves as service persons in the public sector, the informations available point it to the fact that, the service is poised for stringent actions to be taken against any individual found engaging him or herself in anything that goes contrary to the normal laid down procedures and rudiments meant for the recruitment processes, will be severely sanctioned to serve as a deterrent to others who may also desire of doing the same thing.

The Ghana National Fire Service, is one of the few national public sector institutions, that seeks to instill moral and professional discipline in their staff members which is even yielding positive impacts in many parts because it is hard for you to hear that this fire service person or that Fire Service individual, has misconducted him or herself through robbing and attacking of any citizen in the country unlike, her counterpart, The Ghana Police Service that will always come into the news for the wrong reasons at all times. In the latest corruption perception index analysis and survey conducted by the Global Info Analytics, grand scheme of corruption related cases were leveled against the police administration, which rated and labeled them as the second most corrupt public institution in the country but nothing had been heard of the Ghana National Fire Service hierarchical authorities.