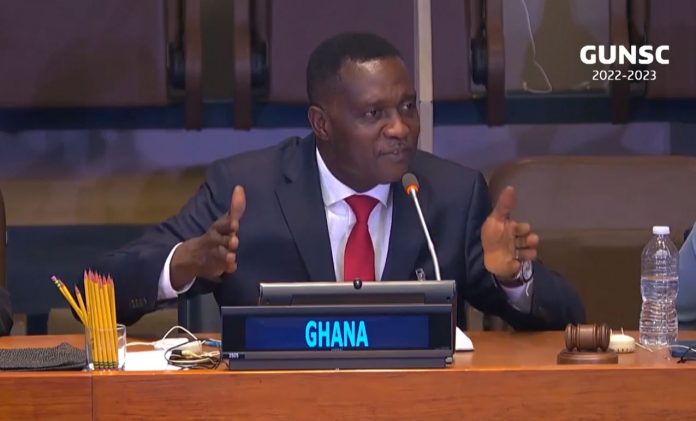 The Minister of Education, Honourable Yaw Edutwum, has revealed that, his closed monitoring of the educational activities happening in the country, is giving him thoughts provoking episode of how teachers in particular are training students nationwide not be probing issues affecting their mental wellbeing.

According to the minister, it is clear enough to him that, simple questions to be asked by the Ghanaian students when they are given the opportunities to do so, they can not ask any reasonable question since that is why they are being taught in the classroom by their teachers.

He therefore challenged the teachers as a whole, to be up and doing and thus, train the students in a way that would equip them adequately to interrogate and probe issues they are not in agreement with.

It is not however comprehensive, if he is talking about the students at the public educational institutions or those at the private sector since both bodies are not the same.

The said minister has been accused of being unfair and unreliable by some teacher figures after he was appointed as the substantive minister of education after holding the deputy-ship for four years in a similar portfolio. Honourable Education Minister, Yaw Edutwum, had been appointed as Minister of Education which did not go down well with many teachers across the length and breadth of the country since they have been accusing him of being biased against the private sector schools in some instances because such schools seek to disagree with him about certain unregulated decisions taken by his outfit could not harness and propagate anything meaningful about education but the aiming at its decline most especially at the private sector.

The claim against the minister is that, he is a public servant in charge of education in Ghana but he does not trust the system that he is managing hence his ultimate decision to admit his son in one of the top class international schools in the country.

Scores of Ghanaian students are currently pulling his leg that if what he is actually trying to insinuate is anything tangible to go by, does it mean his biological son is part of the blame game?

Because, it has been claimed allegedly that, he admitted his own son at Ghana International School since he does not trust the public educational system.
Source: www.ghbuzznews.com