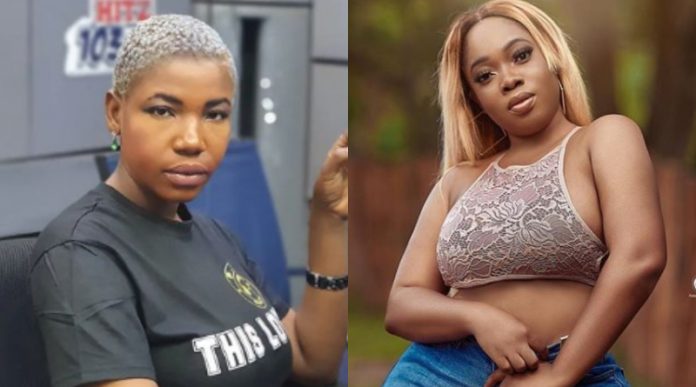 Ellen Ayensuaa Gyapong, better known as Efe Keyz, a Ghanaian Afropop vocalist, has stated that Ghanaians should apologize to actress Moesha Buduong for criticizing her for her humongous body shape.

Efe Keyz lamented in an interview with Doreen Avio on Hitz FM’s Daybreak Hitz that Ghanaians were never satisfied with Moesha Buduong after it was revealed she had artificially enhanced her body shape.

She stated that if one of Ghana’s favorite entertainers, Nana Ama Mcbrown, has also undergone the same procedure to have her body shape enhanced and most celebrities have remained silent about it, then a genuine apology should be extended to Moesha Buduong.

Efe went on to say that while some Ghanaian celebrities chastised Moesha for enhancing her body through surgery, they have refused to say anything about Nana Ama Mcbrown’s.