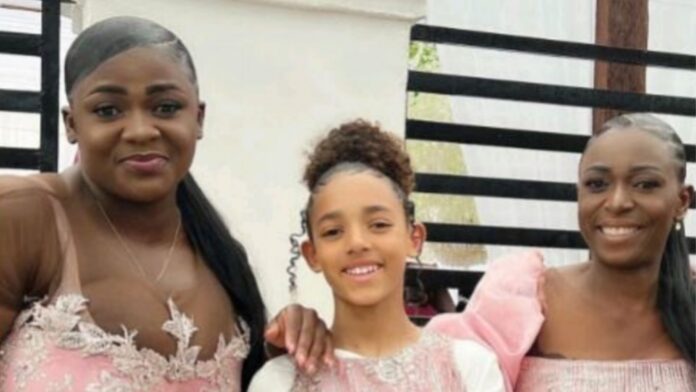 The Ghanaian actress, movie producer, philanthropist and entrepreneur, Tracey Boakye has recently posted a photo of her mother and younger sister on social media.

Some Ghanaians after coming across this picture said that Tracy Boakye’s mother looks younger and more beautiful than the actress.

According to them, if a person doesn’t know Tracy Boakye very well, he or she might think that Tracy Boakye rather gave birth to the mother. Some Ghanaians also said that even the little sister looks different from Tracy Boakye.

They argued that Tracy Boakye does not resemble the mother or the younger sister. Others said that they thank God Tracy Boakye’s mother has finally decided to forgive her daughter for the sins she committed against her.

They alleged that Tracy Boakye slept with her stepfather, and this has been the reason why the mother has not been closed enough to her daughter.