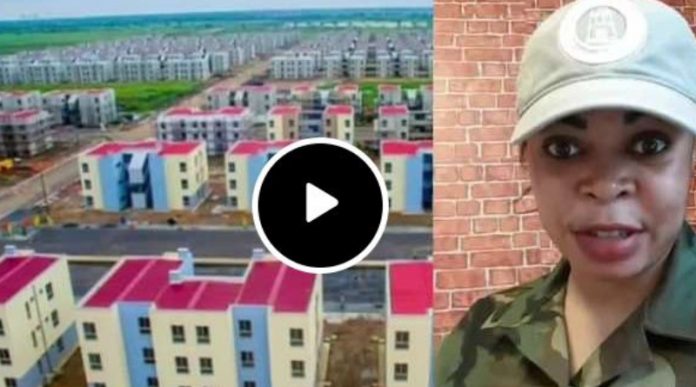 The self-acclaimed depressed entertainer has praised the former president for the good works he has done. To be specific, Joyce Dzidzor touched on the affordable housing project big John Mahama that has been left unattended.

She made these revelations in one of her usual Facebook video postings. She shares a video of people being left homeless which describes the notion that people are really homeless and be provided with affordable housing that the people can afford with the amount of money they have.

According to Joyce, the people of Ghana will not in any way see any visionary leader like John Mahama.

“Ghanaians will never find a visionary president again like John Mahama. The affordable housing Mahama initiated has been left to rot while people are homeless”, she captioned. 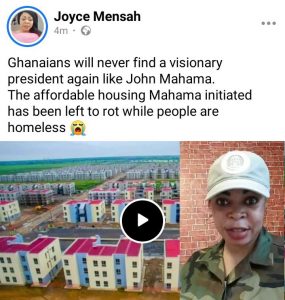