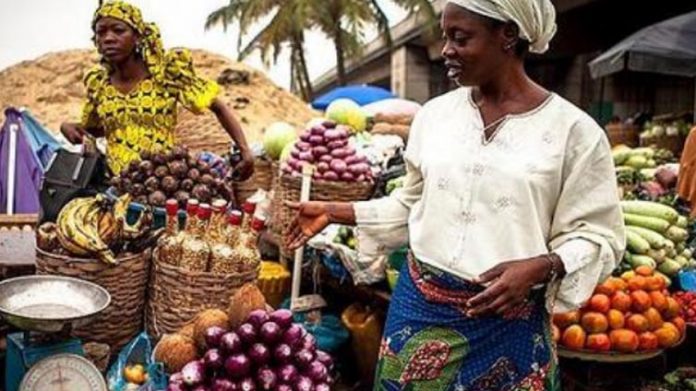 It is almost a national tragedy as the food costs in the country reach its highest sphere since Independence from the British Colonial rule.

Ghanaians have been lamenting and bemoaning the exponential rates at which cost of living in Ghana is fast rising without the government of the day finding pragmatic and lasting solutions to such a national catastrophic spectacle. Ghana has become the most expensive country in the world to living in without job avenues being created for the masses as the inflation rate of the country reaches its unprecedented highest proportional level.

The current inflation rate in Ghana, pegs at 23.6% making the country the most luxurious to dwelling in, where there are no opportunities available for the teeming youth who are yearning for jobs to earn a decent living. The food prices in the Ghanaian markets are being inflated quick and fast as it appears there is no regular checks on the commodity prices in our various marketing centres of the economy.

High costs of living; coupled with insecurity, most portentously in the national capital, Accra, are being the citadels of talks amongst the people on daily basis even in the public transportational system. As the inflation has completely gone out of control due to misappropriation of funds and profligate spending on the part of this incumbent government, many are wondering how the ordinary people in the country are coping with such turbulent economic debacles.

It is however clear that, this current regime, does not human conscience of how the citizens are living in the country and by so doing, lacking pity for humanity and it is a conclusive remark that, Ghana, as it stands, is in a state of: crises, chaos and national disaster.

But, it must be noted from the point of an impartial view that, Ghana is a country well endowed with countless natural resources by God, but due to criminal mentalities of our political elites, the country has been sent into a state of a debilitating economic comatose because of; looting and embezzling of funds meant for national projects to alleviating grave conditions of the citizens.

It is evidenced without any shred of doubts that, harsh financial challenges are being borne due to the reckless meltdown of economic fortunes for the vulnerable in their various homes as teenagers lament and weep bitterly for foods as their parents seek the face of God for a possible emancipation from these ruthless conditions with fasting and prayer; leaving “Aglow For Jesus” prayer warriors behind.

The county’s vice president, Dr. Mahamudu Bawumia, who is much touted as being the best ever “economic wizard” to be the vice president in the history of Ghana, has been exposed for knowing little or nothing when it comes to initiating salient and resilient economic fundamentals to ameliorate the rate at which the inflation of Ghana is speedily in a competitive contest with the world fastest runner, Usain Bolt.

We Have Enough Fuel In Stock – NPA assures Ghanaians

Telcos Lost Over 300, 000 Mobile Money Applicants In April Due To E-Levy