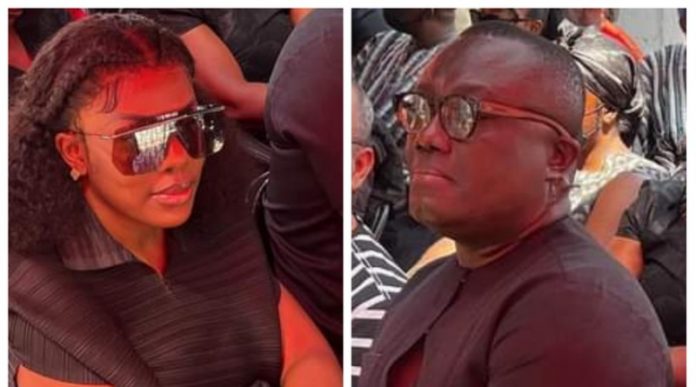 Both the General manageress of Ghone Television Nana Aba Anamoah and her Chief executive officer Bola Ray were in a sad moment as they sorrowfully buries their worker Nii Adjei Okine.

” Fare thee well” Nana Aba Anamoah wrote on her Facebook page to depict her sorrow. Other men at the funeral were technical members and presenters of the Ghone Television station.

Nii Adjei Okine was one of the hardworking workers of Ghone Television network. His death brought a total shock to the entire media space. Yesterday, his colleagues at Ghone Television organized a vigil for him. They sang sorrowful hymnal and embarked on a scented candle procession.

We know this is not easy to deal with. May the Almighty God strengthen Nana Aba Anamoah, her boss Bola Ray and the entire family.

To the dead, may his gentle soul continue to rest in perfect peace till we meet again. 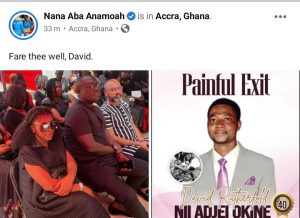