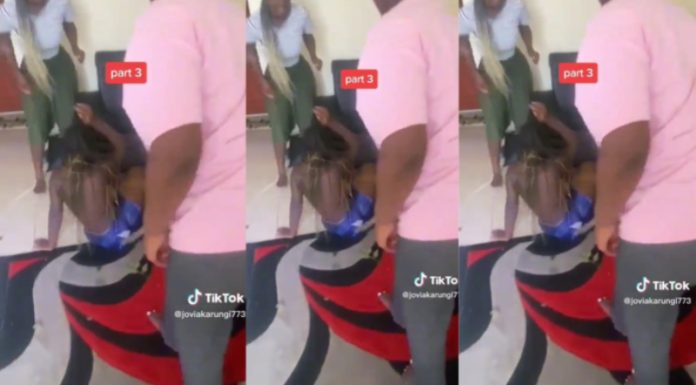 A woman and her pals broke into her boyfriend’s house to violently abuse his side chick, as seen in a viral video that has drawn conflicting reactions from social media users.

The lady and her buddies are shown in the video violently whipping the side chick with canes after stripping off her top and baring the upper portion of her body.

The woman was tipped off by her boyfriend’s roommate that he had brought in another woman while she was away, according to the commentary on the video.

She gathered a few of her pals and some canes as soon as she learned the information and hurried to her boyfriend’s house to deal ruthlessly with the woman who intended to break their relationship.

A follow-up story claims that the crime was reported to the police, and that they have started an investigation.