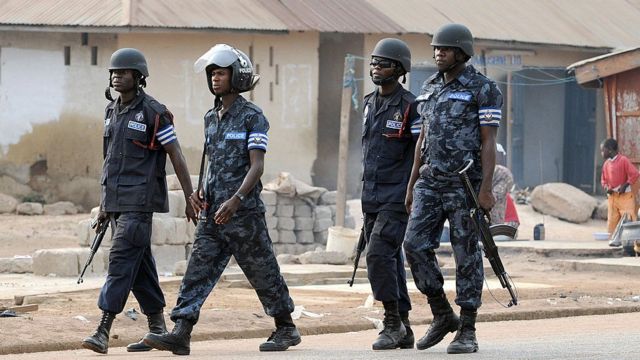 Former Central Regional Chairman of the largest opposition National Democratic Congress (NDC), Bernard Allotey Jacobs has slammed the Minority in Parliament after their leader claimed there is a “gradual breakdown of law and order” in the country.

The Minority Leader, Haruna Iddrisu made this statement following the murder of a Policeman, Emmanuel Osei, at Jamestown by armed robbers who attacked a bullion van he was escorting.

The driver of the van survived by gunshot wounds.

A trader was also killed by the robbers while two other women in the van escaped unharmed.

To Haruna Iddrisu, the government is not doing enough to provide safety for the Police officers.

He further stated, “when the Police officer who needs to protect the state is not secure, then it leaves much to be desired”.

“That is why I continuously share the view that as expensive as CCTV cameras would be, it would be the way to go into the future,” he asserted.

James Agalga, Ranking Member of the Defence and Interior Committee, has also called on President Nana Akufo-Addo to demonstrate leadership.

He urged the President to bring the crimes, particularly armed robbery, which he described as “shaking the foundations of the nation” under control.

But to Allotey Jacobs, the MPs are acting like a bunch of irresponsible people.

He explained that a “responsible citizen” will ”look for peace to reign in the country”, not play politics with serious matters as crimes.

Allotey Jacobs insisted the salaries of the MPs should be given to the security services to ginger them to fight against crime-related cases because the MPs have nothing to do in Parliament.

“I’ve been thinking deeply that the MPs in Parliament should be paid for three months but give the money to the Ghana Police Service, Immigration and other security services to enhance their work up there. Because it’s like they (MPs) have nothing to do in Parliament just for criticizing sake.”

“As a nation, we should all be responsible in our utterances, in whatever we say, in whatever we do and be doing NPP/NDC politics with this . . . I believe if they are not paid for three months and their money is given to the security personnel, they will start talking sense,” he added.