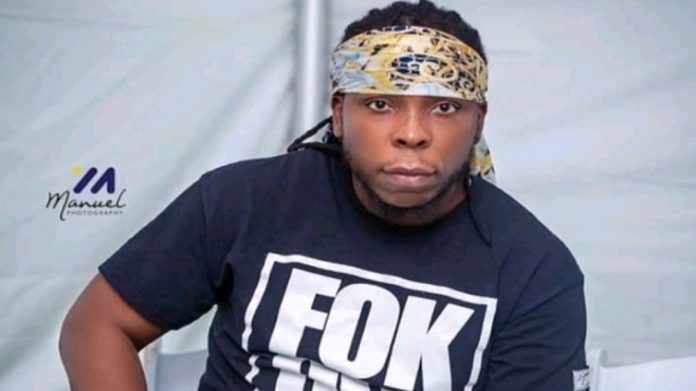 The polific and versatile music gymnast, known in the music industry as Ayigbe Edem, has leveled a damning allegation against Globacom, the operators of the Nigerian Telecommunications giant in Ghana, Glo, for victimisation and stereotyping.

According to the musician, Glo, made him a brand ambassador of the company after a certain specified contractual agreement but the telecommunications turned out and reneged on its promises after realising of his tribal lineages been the dirty agenda against his tribal line.

Edem accused the company of paying him lesser than what was earlier agreed upon after he gathered some details that he was been treated in such a manner because he is an Ewe, a tribe that hails from the Volta Region of Ghana.

He was signed after an agreement was reached by both parties that, he should be the brand ambassador of the company to help move the business to a higher height and even as he was tasked to do his maximum best so as to elevate the business fortunes of the company, they stereotyped and victimised him cruelly because he is a voltarian and due to that, he was completely cheated and defrauded because he had no voice at the time the company was trying to abuse him.

It is common nowdays to hearing from job seekers or brand ambassadors of various entities that, some times, if you are searching for a job, you are either made to give out your body to the other opposite sex before you are employed or the job will not be giving to you at all.

But in the case of the brand ambassadors, it is rumoured that, the female ambassadors are demanded to have sex with some influential figures at the highest offices before they are called or signed but without that, the business opportunity will elude them. Even in some certain parts of Ghana, you are likely to gain employed based on the tribe and the church you fellowship with and it has become very common to those who know about the real situations on the ground.

In the case of Ayigbe Edem, his staged name, being an Ewe, a whole Telecommunications giant, Glo, which operates in the country of Edem himself (Ghana), could commit such a diabolic act thereby, cheating and ostracing the gentleman after signing up with him for an international and a national assignment based on his tribal lineage.

It is believed that, as such details of tribalistic matters are being preferred against the company at the moment, the shares of the company are likely to dwindle in the coming weeks because, such remarks and claims against the telecommunications giant Glo, would have by all means, denigrated the business image of the company.