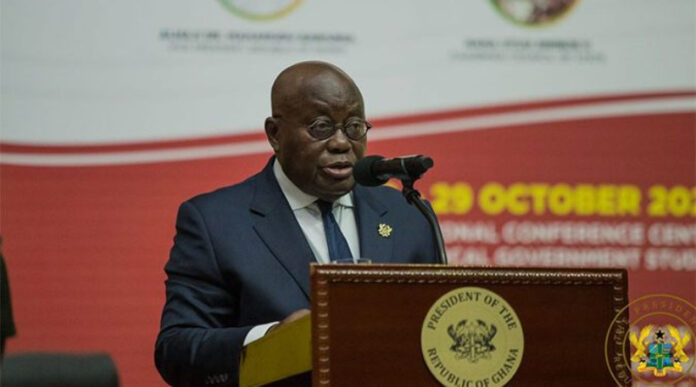 The president of the Republic of Ghana, Prez Nana Addo Dankwa Akuffo Addo, has jumped into his own defense for rubbishing wasteful products to the doorsteps of those who are doubting of his ability to managing the free senior high secondary education his party, promised Ghanaians before and during the electioneering era.

Many citizens are of the view that, the educational system is not being run prudently therefore the need to review it urgently and by an extension, to scrap the programme.

The president, in a press conference addressed by the minister of finance and economic planning on Thursday, announced to Ghanaians that, the leader of the country does not have any intention or whatsoever either to review the initiative, let alone scrap the programme.

Over a dozens of educationists in the country have called on the president to either take a second look at the programme or better still, scrap it because, according to them, the programme has reached a point whereby it needs an urgent attention to revamp it to the desired status of an appreciation.

Mr. Ken Ofori Atta stated, it was a campaign promise that the president canvassed the electorates with and as he was voted into the political limelight after seeking for re-election, he wanted to fulfill his campaign promised delivered to his country men and women who are solidly behind him.

He said, they are going to do everything humanly possible to help revive the educational system to shame and silence the enemies around the system who believe that the programme is heading to nowhere tangible.