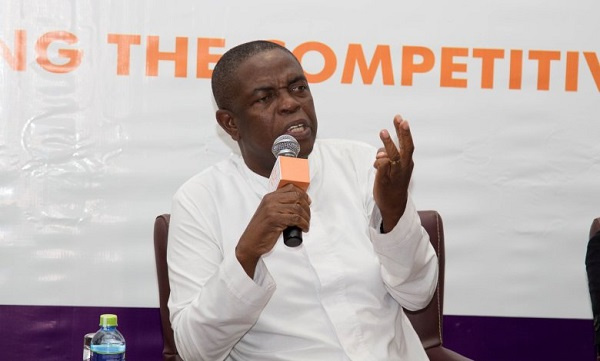 The managing editor of the Insight News Paper, Kwesi Pratt, has blamed the government for heading to the International Monetary Fund, IMF, against financial bailouts describing the decision as “baseless, needless and useless” without any reasonable purpose.

The veteran journalist has taken his strongest aversion yet to the leadership of the country for mismanaging the finances of the country thinking that there is a redeemer elsewhere to save it after causing an economic mess for the citizens of the country where life has become like living in a hell of the earth due to the austere state under which conditions of living standard for the people of Ghana are shaping up but always in an inappropriate manner with turbulent measures they have to adopt before surviving under the current unfriendly environment created by the government’s inability to solving the quadratic economic woes that have plugged the status quo of Ghana’s prevailing economy.

The president of the Republic of Ghana, Nana Addo Dankwa Akufo Addo, had in the past two weeks earlier, given an executive order instructing the finance minister to go and negotiate with the International Monetary Fund in the attempt of the government to seek financial bailouts from the world’s economic giant to undertake various selected projects it plans to initiate in the country wherefore, lacking financial capital to smoothly embark of such projects it earlier indicated by the government and its political commentators.

It has even been confirmed that the current decision to head to the IMF for financial bailouts, is the eighteenth time since Nana Addo Dankwa Akufo Addo, took over the reins of this state as a president and commander-in-chief of the Ghana Armed Forces in Ghana.

The government is hopeful that the reasons for which they have gone to the IMF for financial support would be agreed upon between the International Monetary Fund and the government of Ghana where the minister of finance and economic planning is the main architect leading the government delegation in negotiating with the IMF officials to see if modalities involved in acquiring loans from their outfit would be favorable and conducive enough for the government to cope with.

But many people in the country are wondering how on earth, in just less than six years, the president could be in total support of loans acquired from the offices of the International Monetary Fund despite numerous natural resources endowed the country Ghana with because of the inappropriate manner in which the finances of the country are being spent, the nation is still on her knees begging and stretching her long arms for financial helps from the International community which is not blessed and showered with the large quantum of resources we are having in Ghana.

But as a result of how they adopt prudent and strict compliances in place, they can manage their finances wisely thereby, extending their wealthy hands to the financially incapacitated and handicapped nations with high-interest rates unabated.

The present president has less than three years to end his tenure of office and the constitution of Ghana, which bars him from further contesting for any national elections but the way he is approving financial bailouts from the IMF.

The Ghanaian people are struggling to understand how the money lent from the International Monetary Fund, would be defrayed because his duration of office is almost coming to an end and yet still, he is pleading with the international community to give the country assistances financially which will also come with high-interest rates to be paid by the poor Ghanaian workers who are also agitating seriously and lamenting gravely concerning the deplorable state at which they are living in the country.