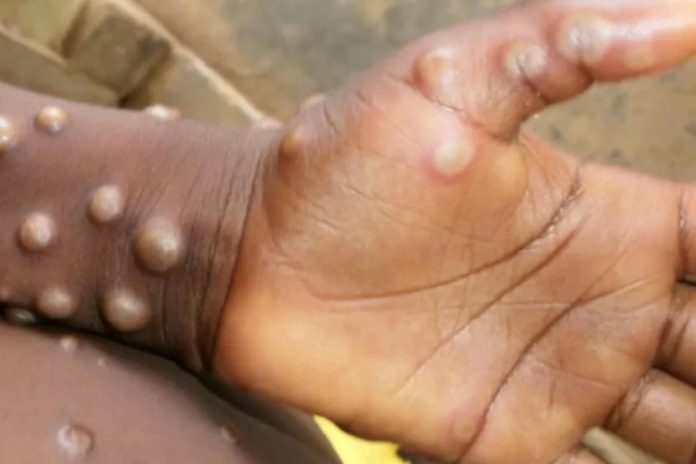 As the world prepares to celebrate the departure of the long stayed of the deadly and horrifying virus, Corona, it has replaced itself through another evil symptoms spreading quick and fast as it sends very worrying and disturbing images and visuals of how this current disease called monkeypox is making inroads in other countries being the most influential and economic giants.

Countries are currently battling the resurfacing of another scourge known monkeypox and it is believed that it is one of the gimmicks of the world economic powers to help destabilise other nations that are rising financially and because of that, the world leaders have decided to using this strange disease scary to cause fear and panic attacks among others from achieving their financial emancipation.

The disease is currently in the European countries where it is spreading like a wild fire causing them to lose their lives to the disease. Ghana Health Service, has called on the government of Ghana to give it the go ahead to commence the citizens with regards to what to be on the lookout for as symptoms of the newly renovated pestilence to instigate mayhem in the African nations.

As the weather in the West African sub regions continues to giving us rain and cloudy conditions, the fear that is going round is that, such a new disease spreads quick and fast in cold weather conditions as if the rainfall being experienced in some cases are bad things to witness.

It is almost diabolical to hear people attributing the wet weather patterns these short days to being the brain behind the emergence of this very human architect disease which had been manufactured by some people with evil mentalities to hinder the fast and rising progress after suffering a debauched economic meltdown for a long time ago.

Due to the scary nature of the symptoms of this very disease also, people are already afraid in the system again due to their level of ignorance because it is people with little or no knowledge who accept such misrepresentation from the camp of the evil forces to causing hysterical phobophobia amongst the mental faculties of some suspecting individuals who are likely to believe everything that comes out even from the kingdom of symbiosis.

It is quite clear how some people with money making thoughts are only planning to cash in with this new trending symptoms of monkeypox that is spreading like a wild fire and making inroads in the neighbouring countries that are partners to Ghana in many ways. Some health experts have said even though the dangers of this new monkeypox are not deadlier than Corona, still the citizens could be educated against contracting the disease whereby it would escalate into the other parts of the nation in most cases, the national capital, Accra.

Ghanaians are currently not in a state of joy or happiness but rather a very pensive mood because, the leaders of the government are not concerned about the plight of the ordinary and now that, another disease is preparing to invade and resurface, it is looking as though are really sick and tired of hearing such cacophonous noise into their ears.

Let us wait patiently and hear what the Ghana Health Service would come out with as a means of insuring that the safety of the masses are guaranteed in the country as a well.

Best Ways To Choose Proper Sunglasses For Your Eyes Health

How Obesity Can Be Risky For Men’s Health