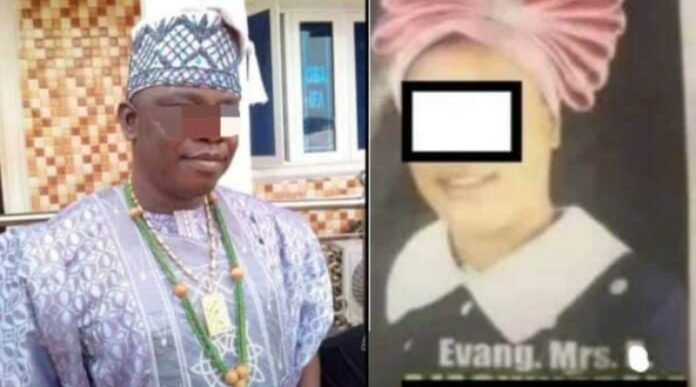 At a hotel in Ikere Ekiti, Ekiti State, a herbalist is said to have passed away after having sex with a pastor’s wife.

On Monday, January 2, 2023, the late juju priest Fadayomi Kehinde, alias Ejiogbe, reportedly stayed in a motel with a woman who was apparently the shepherd’s wife from a white garment church in the same town.

The herbalist is reported to have slumped and lost consciousness right after the two allegedly had intercourse, which prompted the woman to ring for assistance from the hotel room.

According to reports, the herbalist’s friends and some hotel personnel transported him to the hospital, where doctors declared him dead.

The late native doctor’s associates allegedly blamed the “magun,” a local charm that married women’s spouses place on them to ward off lovers who sleep with them, for the man’s demise.

According to reports, the late herbalist’s enraged supporters broke into the church where the lady’s shepherd husband serves and damaged it.

Ekiti Police PRO, DSP Sunday Abutu, confirmed the incident to LIB. He said the police received a report from hotel staff and they attended the scene where the body of the deceased was taken to the hospital and confirmed dead.

He, however, stated that he cannot confirm if the deceased was a herbalist.

He added that the woman involved has been invited for questioning. 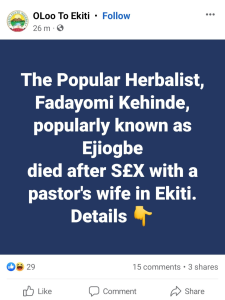