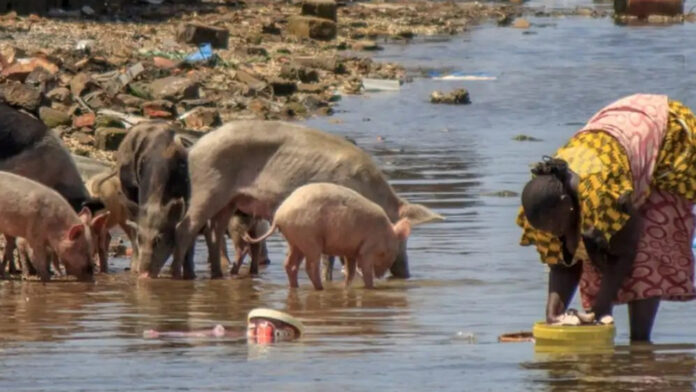 There is a weird spectacular scene ongoing currently in the North East Gonja District Of The Savannah Region, where animals are visibly wrestling with their eyes red for a drinking water with the humans residing in such vicinities.

The acute water shortage that hits the residents, has become something phenomenon and peculiar as the weather does not produce much rainfalls in that outskirts of the region.

It is common to see animals releasing their metabolic substances on the surfaces of the water sources in the community apart from the rainwater but, that does not deter the rural folks from drinking and cooking their favourite meals with such an unwholesome water source.

Residents are urgently appealing to the authorities to come to their aid to do something drastic and pragmatic to alleviating the sorrowful state of their drinking water as it appears.

Some of this community dwellers were asked if they were aware of the repercussions or dangers associated with that very filthy and unhygienic water being used for their house chores, they all responded in the affirmative, saying: “We have no option but to use this water because, it is our only means available”.