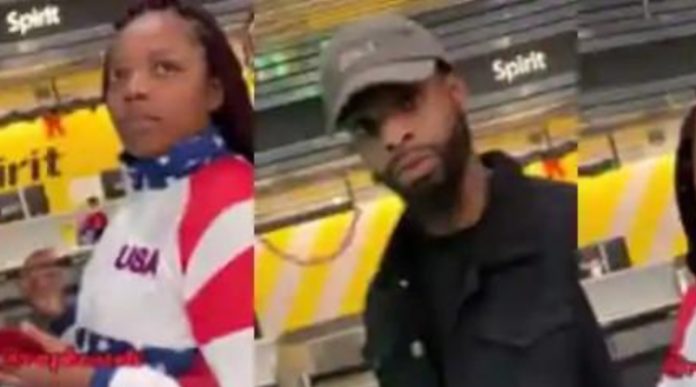 Internet debates have been ignited by a distraught and disappointed husband who saw his wife in the arms of another man at the airport when she was leaving the country.

According to the husband who confronted his adulterous wife and the man, the wife had informed him previously that she wanted to fly with her sister but he had caught her as she was attempting to board a plane with another man.

After the cheating wife was caught, she denied having any romantic affair with the other guy by insisting he was just her brother.

Upon further confrontation, she admitted to dating the guy and blamed the husband for not giving her much attention.

This video was first shared on Twitter by @DailyLoud and as of the publication of this article, it has garnered over 6.5 million views on the micro-blogging platform.

Man please. She’ll be back, he ain’t even having no real motion flying them on Spirit lol.