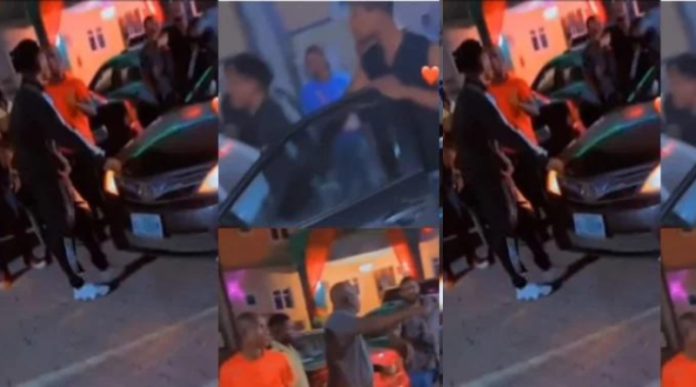 Husband and wife are already embroiled in cheating scandals just two days into the new year.

According to reports, wife went to a hotel with another man to stay and have some fun, but she was supposedly found out by someone who witnessed them.

When her husband learned of his wife’s actions, he stormed the hotel and found her with the lover in a car.

A furious exchange between the husband, his wife, and the other man was captured on camera and released online.

They insulted each other and created a spectacle that drew a large throng of personnel and customers.