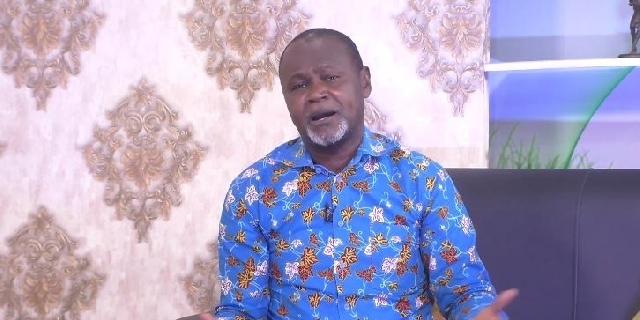 into the system of ridicule and laughter as it has been reported by some sections of the media houses that one of the ex members of Parliament on the ticket of the main opposition political party in Ghana the National Democratic Congress, NDC, is currently starving due to financial constraints he faces.

The information communicated to the general public earlier portrayed that Honourable Nii Amasah Namoale, a former member of Parliament for La Dadekotopon in the Greater Accra Region of Ghana, has been going through financial challenges because of his joblessness and high level of economic austerities as he had been made redundant for some years after not securing another mandate from his people as their representative in the house of Parliament.

According to some informations going round in the media, the former lawmaker has been afflicted with several financial difficulties to the effect that he could not even afford to buy his daily necessities but rather depending on the supports of family, friends and benevolent organisations before putting food on his table which could not be readily established and ascertain as factual accuracies.

The ex honourable member of Parliament for the La Dadekotopon constituency, has therefore rubbished and denied such defaming and damaging remarks against his person and for that matter, his august office that such reports about his financial status are not true and authentic but rather a pigment of some faceless characters imaginations to embarrass and tarnish his hard earned reputation and that of his family because everything captured in such malicious and vile reports is factual and reliable.

According to him, he is a man of intelligence and wisdom therefore he has the sense of financial management and discipline and thus, he learns not to spend more than he saves because tomorrow is bigger than today.

He further charged that, though he does not intend taking any legal action against anyone to clear his personal image but what he would like to stay emphatically is that, he is not poor and needy as being rumoured by such riffraff rascals because he is not jobless or financially incapacitated with the fact that he is venturing into his private business affairs which he legally institutionalised as a registered company which is proving jobs and supports to others in his constituency and other parts of the Greater Accra Region and the entire nation as a whole.

He therefore assured his loyal and faithful followers who may be affected in one way or the other by such damning and degrading remarks concerning his life to as a matter of an urgency, disregard and distance themselves from such because he has a personal waste management company that supplies and provides his means of survival and not what the various unreliable figures are seeking to achieve with their lies being peddled against his him and his family.