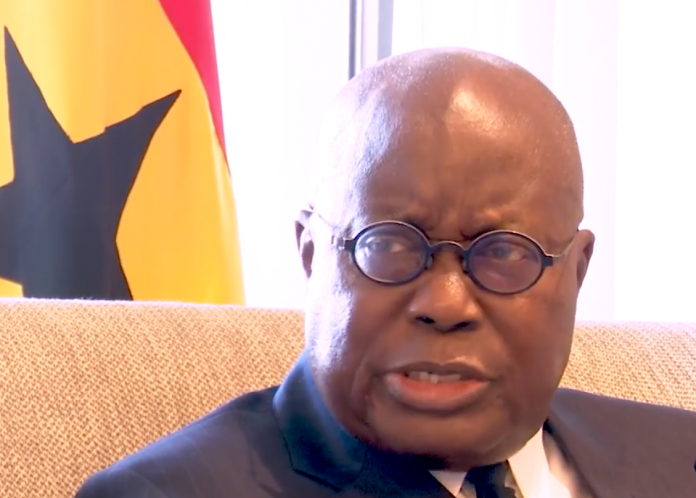 The president of the republic of Ghana, His Excellency Nana Addo Dankwa Akufo Addo, has claimed that he is not convinced that at the time that Aisha Huang was arrested in the first instance for engaging in the activities of galamsey operations in the country of Ghana, she was actually deported after her arrest.

Speaking on Stone City FM, the President who expressed uncertainty about the action taken by his appointees assured of a commitment to prosecute the illegal miner following her re-arrest.

“I’m not still sure whether she was in fact deported, or whether she fled the country the first time and has now come back. There still seems to be some uncertainty about it,” he said.

According to him, he finds it difficult to understand why such an individual who was arrested and later cautioned sternly not to engage in such heinous crimes against the state, would by an extension, went back to China and within a few periods, then returned from China to Ghana and continued with her lawlessness without any proper checks on her activities.

President Nana Addo Dankwa Akufo Addo, is the commander in-chief of the Ghana Armed Forces in the country and since he is not well acquainted with happenings at the security front matters of national importance, it would be thoughtless to believe that he is on top of situations unfolding presently in the country.

It is just a position he holds since he is inarguably concerned about his personal security and that of his entire immediate family members.

Things that bother on crime and terrorism, he has no knowledge of such activities either in Ghana or elsewhere.

Based on this premise, his flawed assertion that he doubted if truly Aisha Huang was actually deported before she returned again, beats the imaginations of many Ghanaians in the country because, scores of Ghanaian people believe is not familiar with the current status quo when it comes to security issues of the country in general.
Source: www.ghbuzznews.com