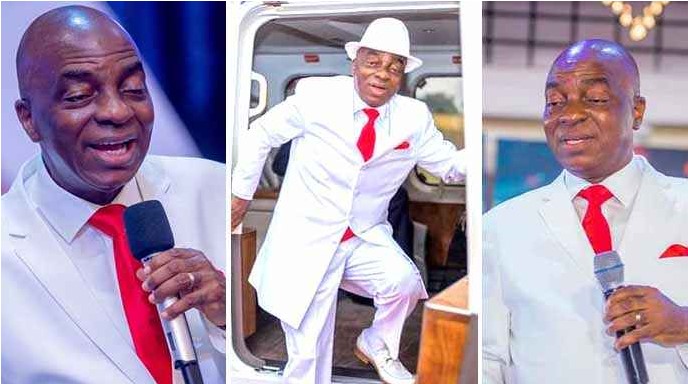 The General Overseer of Winners Chapel International, Bishop David Oyedepo, has told the whole world about his secret of becoming the richest pastor in the world.

According to Bishop David Oyedepo, he wonders how certain worldly people will think that they are the only individuals in society who could make money while following the spirits of the worldly kingdom because they promised to make them wealthy men and women if they agree with terms and conditions of joining their secret sects.

Given the respected man of God, there is no way anybody will convince him to embark on such an evil adventure because to him, there is a cult beyond all others on the whole world wide web to make you richer than anyone else in the world and that is the only cult which he David Oyedepo belongs without feeling ashamed of his ultimate decision because it is a place of eternal life, happiness, and joy.

According to him, giving your life to the founder and upholder of this world is the only thing anyone can do so that he or she saves his precious soul but when you follow such worldly desires, you will end up perishing in hell with the devil and that is why he does not bow down to his dictates and antics.

He, therefore, urges people who want to be blessed financially through genuine means, to give their lives to Jesus Christ to have a feel of such because he will mold and shape everything about them that the world could not recognize any longer after they take such a bold step to fleeing from the hands of the demonic tormenters which are meant for the day of judgment.

He intimated that, if you do not allow Jesus, who is the leader and supreme architect of all cults in the world, your life will become miserable as joining the demonic cults in that realm, will just end up your life abruptly so that the devil will rejoice over you after your death.

There is a cult that gives money to people to become wealthy and rich as in the case of King Solomon in the Holy Bible and that is the cult to which he gladly gives up himself so that at the end of it all, no matter how he enjoys his wealth, there is no detriment ramification that will follow it because it is a genuine wealth given to you as a blessing from God who is the created of Heaven and earth and all that is in them.

So, that is his secret superior cult he belongs to which has made him the richest pastor in the whole world he has no shame in proclaiming to the world because even those that belong to the demonic and satanic cults, know very well that there is a superior cult that is above their filthy and bloody cults which have the final authority to destroy all their satanic powers because the cult of Christ Jesus, is supreme and Sovereign above all the principalities and powers of this world and those who associate themselves with such dark places are very much aware of that undeniable fact.