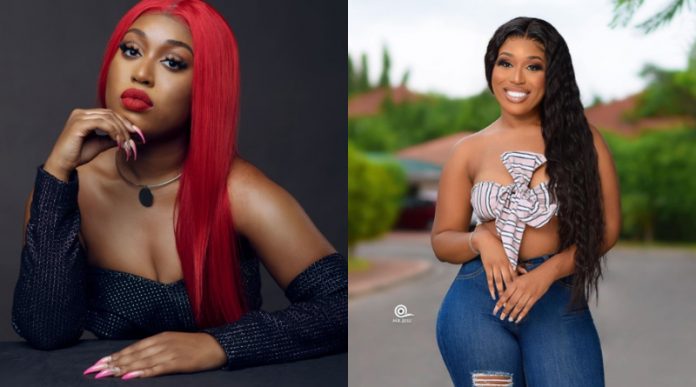 Fantana has made it clear that a man will have to work hard to gain her affection or convince her to become his wife. 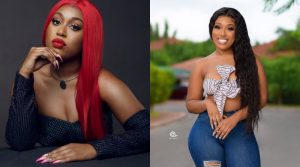 Fantana, who doesn’t trust anybody, reportedly got the tattoo across her chest as a reminder not to depend on anyone.

The ‘Girls Hate On Girls’ singer, in an interview with blogger Zionfelix, intimated that she doesn’t have plans to have children considering the stress that comes with pregnancy and also raising kids.

Fantana also disclosed being in a relationship but couldn’t tell if her partner was the one for her.

“I don’t trust anyone because men are wicked (laughs). I haven’t personally experienced it, but my friends have. I won’t even allow it. That is why I have tattooed on my chest ‘trust no one’.

“I always have it at the back of my mind that it will end in tears. I don’t go all out, but maybe the right person will come along and I will trust someone.

“I don’t believe in marriage, but maybe one day I will. I don’t want kids either, but maybe I am still young, so as I grow, my mind will change, but for now, no,” she affirmed.

The 25-year-old singer, however, disclosed her love for children and willingness to care for other people’s kids. Fantana hoped that someday she would have a change of mind.

“I can take care of people’s kids, but I will go drop them off at 9. I don’t know, but just too much responsibility. Pregnancy is a lot of work. Maybe I will just have one,” she said.