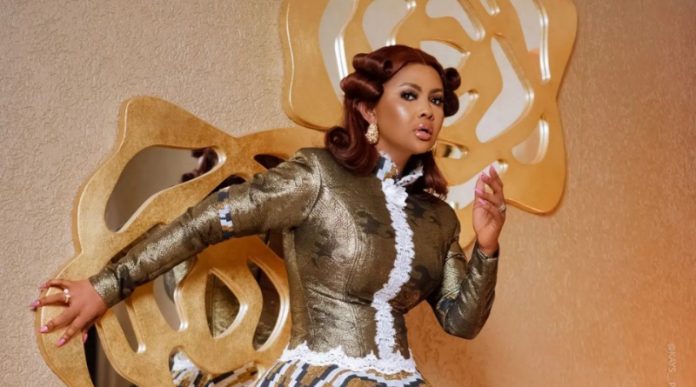 Nana Ama Mcbrown, a well-known Ghanaian actress and screen goddess, has refuted rumors that she is the owner of United Showbiz, UTV’s weekend entertainment program.

Nana Ama Mcbrown hinted that the idea was being discussed with Fadda Dickson, who wanted her to present a different show on the platform in addition to her Mcbrown’s Kitchen show, during an interview with Hammer Nti on Pure FM’s Hammer Time segment.

She revealed that she was being asked by Fadda Dickson and the media crew to come up with a content that she will be given the platform to present as the host. She added that since entertainment was her stronghold, she came up with the entertaining content named the United Showbiz segment which is being broadcasted on UTV every Saturday.

However, she revealed that she does not own the entertainment content but she is only being used as the face and host of the program.

Nana Ama Mcbrown’s absence on the show for some time raised concerns on social media as many presumed that her contract has been revoked by the media house.

After she returned back to the show, it was also presumed that her contract can never be terminated because she owns the show but from the revelations she has made, such rumors should be disregarded.