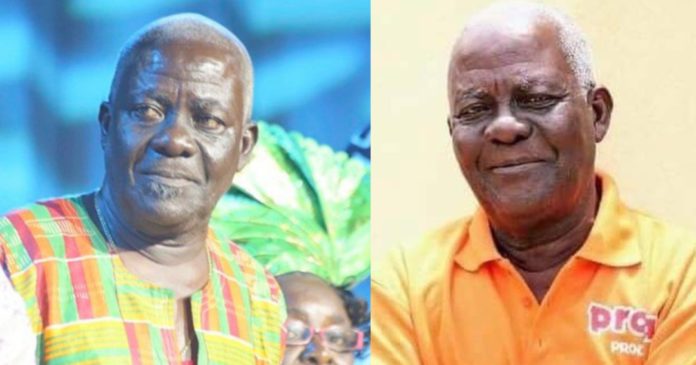 Those who are lovers of entertainment news would be familiar with the face and the name of one of their favorite actors, Paa George.

He comes into the news on the notice of a flood of tears after he painfully revealed the number of years he is about to live on earth before he finally goes back to his ultimate Maker.

The veteran actor who is widely known for his comical and satirical style which he craftily deploys to spend laughter and humor home when he gets the privilege, says, he asked God to grant him eighty-six years on this earth before he departs from it to Him as the authoritative upholder of his final soul.

He declared his real age by telling his followers that he currently chalked 85 years and thus he has only eleven more years to survive before he gives up his spirit into the hands of his Creator. According to him, even though he is at his old age, he needs to fully enjoy his life in a celebrant mood at all times with the notion that he now has a limited number of years to remain alive on earth.

He further jokingly pointed out that, there are other important aspects of life he intends to accomplish before his demise but the most important sphere of all to him at the moment is for him to have good and quality sex with his wife so that one day if or when he becomes incapacitated the woman would know that he satisfies her sexual needs satisfactorily when he was alive for her.

Some people wondered how the celebrated actor would still be talking about his sex life matters in public when he is old enough to be the grandfather of many children who might be looking up to him as their role model in the future.

Those who have been following the story with cock ears, questioned funnily how he is still able to enjoy the flesh of his wife as both of them attain their old age experiments but he was not willing to openly declare in public how they are being able to satisfy the sexual desires of each other when they meet one on one during the bed-matics encounter to appreciate the gifts of nature.