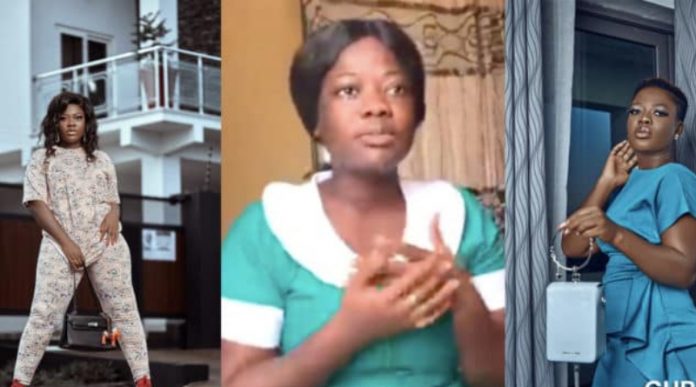 Martina Dwamena Asantewaa, a Ghanaian TikTok star, said in a recent interview that she used to make $80 per month as a teacher.

Martina said in the interview that she had to stay at home for three years after finishing secondary school due to financial constraints, and that one of the positions she took on was that of a teacher. According to her, the first school where she worked paid her GH80 a month.
However, as time passed, she received another offer from a different institution, this time for GH150, nearly double her prior wage.

She was able to apply to the nursing school and was accepted after saving enough money and receiving help from her then-boyfriend and other kind people.

She later joined TikTok and today she earns about 10k on monthly basis.