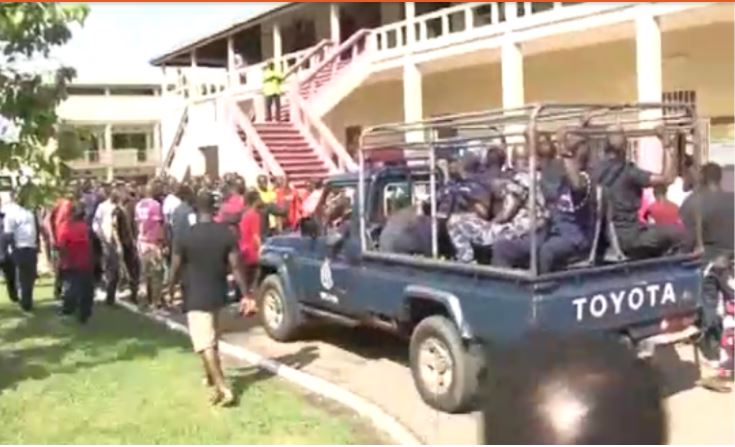 The Ashanti regional security coordinator who was as of late assaulted in his office by individuals from the vigilante bunch Delta Force has said the gathering targeted him since he kept them from undertaking unlawful mining.

As indicated by DCOP Ayensu Opare Addo, he has regularly had brushes with individuals from the gathering who accept he is an obstacle among them and their arrangements to mine illicitly.

A week ago head of Delta Force Mohammed Seidu drove his posse to attack the workplace of resigned DCOP Opare Addo in the push to eliminate him. The pack professed to be authorities of the National Security and were following up on the directions of the recently selected public safety facilitator.

“I had been informed that my appointment had been terminated on the 9th of April. I was waiting for the person coming to take over so I handover to him so I never left the office. I was packing my things in the office when 7 guys forcefully entered my office and said they had been asked to bring me to Accra. I told them I will not go and immediately they handcuffed me. Eventually, the Ashanti regional security commander came in and I was freed so I reported the matter to the police.

“I don’t know what action they’re going to take against them but I’ve reported the case to the police I was surprised that the guys came to my office and even handcuffed me but they were left to go without any arrest,” he fumed.

“I know these Delta Force guys have been disturbing me a lot wanting to do this galamsey thing and I was always against them. So they have never liked me but I’m not intimidated at all,” he said.

He made these revelations to Francis Abban on Morning Starr Monday as monitored by ghbuzznews.com , DCOP Opare said he was stunned the people who attacked his office and cuffed him were let to abandon capture after the matter was accounted for to the police.