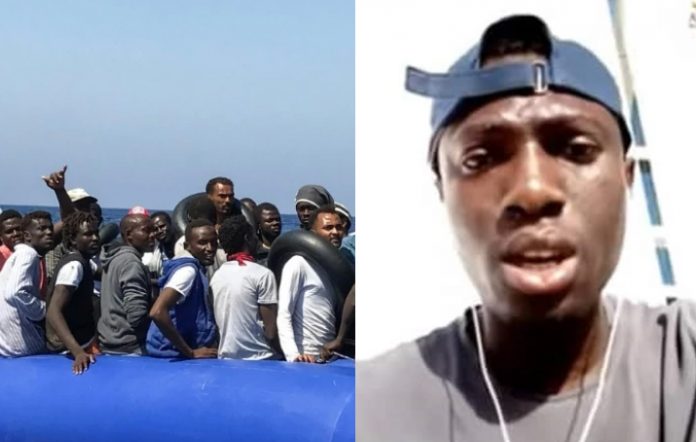 An Italy-based Ghana, Francis Yankey has revealed that he saved a whopping and gargantuan amount of GH¢12,000 in an aim of fundinghis trip to Libya to cross the Mediterranean Sea to Europe.

Francis revealed this narrating deadly voyage in an interview with the host of Daily Hustle Worldwide, DJ Nyaami, that his sole ambition for migrating to Accra was to work and save money to ravel abroad. He worked as a driver by day and a security guard by night to facilitate the trip that he desired to Libya.

However, he said he has some regrets about his decision. “I save GH¢12,000 in five years. It was mainly because of the Libya trip. It was also a big dream to travel abroad afterwards. I worked two jobs to get that money, he stated. You may have seen or heard stories of Libya Akwantu in previous years, but brave and courageous Francis gives a more relent and detailed account of what happens on the journey to Europe.

He disclosed this herrifying spectacle in an another interview on SVTV Africa, the young man who arrived in Italy three months ago indicated that like many Ghanaians, and that of African descents, who endanger and risk their lives for better opportunities abroad, he left Ghana knowing he may end up dead on a shoreline.

According to Francis Yankey, he met five other men with the same plan to enter Europe through Libya. But, two out of the three travelled back to Ghana whilst one perished in the cause of the journey back to Ghana. He further stressed that, seventy-two of them were camped in a ghetto on Thursday and waited until Saturday evening before setting off the sea. There were sixty-nine Ghanaians, two Nigerians and one Ivorian.

In my mind, I had left everything to God, but I got scared and petrified when I saw the large body of water. He stated that, while they were on the sea, Libyan authorities attempted to send them back to Libya but miraculously, they found themselves on no man’s land.

Watch the full video below: