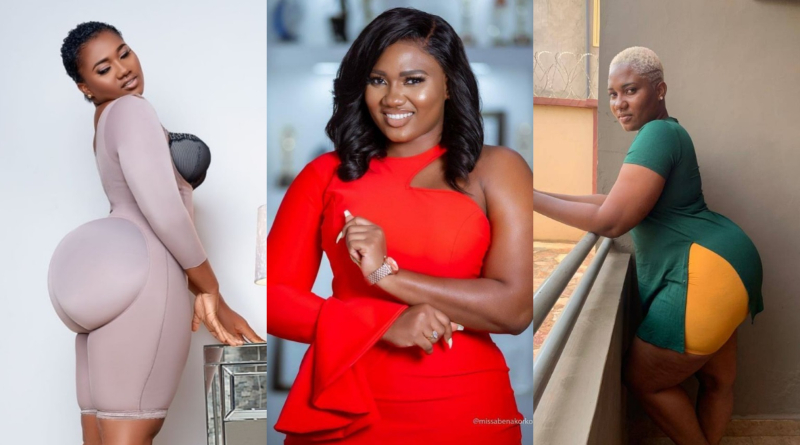 Abena Korkor, the former TV3 presenter and social media positivity body advocate has drawn massive attention as usual to herself.

Abena Korkor is known for battling bipolar, she has been very troublesome after declaring she is heavily suffering from bipolar. Abena in what she describes as a relapse in her bipolar episodes, has revealed some astounding revelations that have shocked Ghanaians. 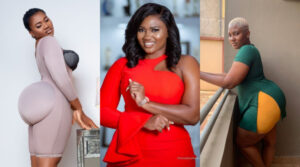 According to her in a video, which is in two parts going viral every passing hour. Mz Abena Korkor mentioned the names of well-known men she has slept with. She also added how these men are and their performance in bed accordingly.

Abena Korkor revealed fvckn Sammi Awuku, Lexis Bill, Nkonkonsa Eugene, KOD, Chief Biney, Giovanni, and Kojo Yankson among the numerous things she said I could say from the top of my chest yes i fvckn them, yes we fvckn so what? why should I be criticized.

She also admitted to fvckn nearly a hundred men, including those on the list she stated earlier, and that people should mind their own business.

However, the unbosom continued as she discussed leaving Legon for UCC after being arrested for drug trafficking.

“I mentioned Kojo’s Yankson’s name some years ago that we had sex. Yes, we did. It was fun, I think I wanted more but to him, I was just a big bum that he is having fun with. I think he was actually dating Nana Aba Anamoah and sleeping with Lydia Forson at the same time. I just hope the two women knew and they were ok with that”

Amidst all these revelations she stated that Delay’s interview was therapeutic for her and that lead her to this confession.

She concluded by saying she enjoys fvckn because it brings her peace.