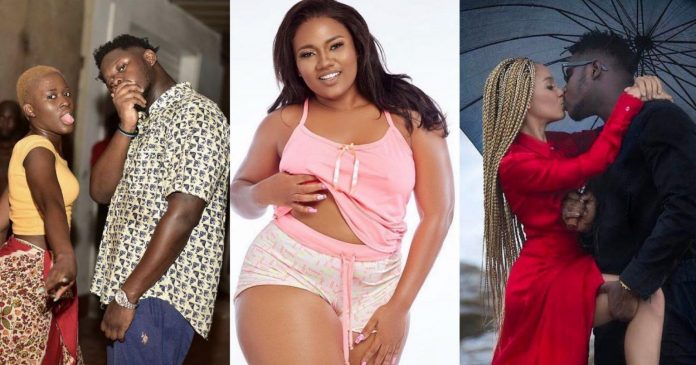 Abena Korkor has bluntly told Fella Makafui to fasten her seat belt as she is about to snatch her husband Medikal from her the same way she took him away from model and singer Sister Derby.

Knowing the pedigree of Abena Korkor and the dirty reputation she has amassed in this sort of department, we think it will be in the best interest of Fella Makafui to take precautionary measures even if she’s merely joking.

The former Girls Circle presenter on TV3 sounded the warning in a new post alongside a ludicrous artwork mimicking a new song she’s about to release themed on her intention.

Korkor definitely knows how to twist the narrative to make her trend, isn’t it?

The video showed Zane wearing a white-colored t-shirt with a baseball cap that faced the opposite direction. Apparently, it was his father who recorded the short clip as the 5yr old boy rapped incongruently.

The video has attracted a handful of reactions on social media and we guess it could intrigue you as well.