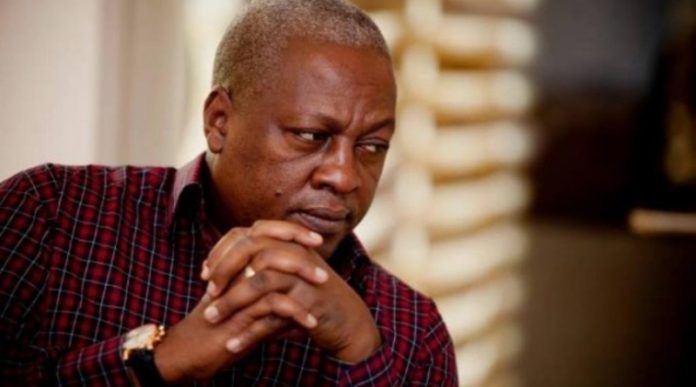 This comes after the IMF chief claimed that exogenous shocks, not poor government policy, were to blame for Ghana’s economic problems.

On September 5, 2022, Ms. Georgieva discussed the Ghanaian economy with President Nana Addo Dankwa Akufo-Addo in a private discussion that took place concurrently with the Africa Adaptation Summit, an international conference on climate change, in Rotterdam, the Netherlands.

The current economic difficulties in Ghana, which Ms Georgieva called a “superb country,” were brought on by foreign shocks rather than being locally caused.

She claimed that, in contrast to certain claims, the Akufo-Addo administration’s disastrous policies were not the cause of Ghana’s current predicament. Rather, the causes were external.

“Like everybody on this planet, you have been hurt by exogenous shocks. First the pandemic, then Russia’s war in Ukraine. We need to realise that it is not because of bad policies in the country but because of this combination of shocks and, therefore, we have to support Ghana,” the IMF boss said.

However, the former president Mahama expressed dissatisfaction with the diagnosis provided by the IMF and questioned the Managing Director’s assessment of the current state of the Ghanaian economy.

Despite the fact that Ms. Georgieva “reaffirms the commitment of the IMF to support the people of Ghana in these perilous times,” Mr. Mahama said that it was “incontrovertible” that the “bad policies” of the government had contributed to the economic downturn.

He said policies such as “the botched, insensitive and dubious cost in closing down locally owned banks, unbridled levels of corruption and lack of accountability including the mismanagement of COVID-19 funds, unconventional borrowing practices riddled with opaqueness and conflicts of interest, resulting in an unsustainable debt envelope, costly, experimental and untested programmes”, could not be ignored in understanding the current dire state of the Ghanaian Economy.

He said if these points were disregarded by the IMF and other international diplomats, they were likely to make a “wrong diagnosis and prescribe inappropriate remedies”.

“While the norm in international diplomacy of being guarded in what one says is appreciated, comments by high ranking officials must be grounded on facts that take into consideration local realities and opinions,” Mr Mahama posted on Facebook.

“The incontrovertible fact is that Ghana is in a mess due to the BAD POLICIES of this government, which have contributed massively to the dire state of affairs.

“International diplomats must consider these facts and not just ignore them; lest they make wrong diagnosis and prescribe inappropriate remedies”.

He further advised international diplomats to reflect local realities when speaking about the Ghanaian economy.

“The Ghanaian economy must be managed first for the Ghanaian who lives and experiences it daily, not just for an international audience”.

However, the Fund’s Director of Communications, Gerry Rice, responding to the comment made by the 2020 presidential candidate of the opposition National Democratic Congress (NDC), Mr. Mahama at a virtual press conference held on Monday backed the claim made by the IMF boss, saying that the current Ghanaian economy has been pressed very hard by developments in Ukraine as well as Covid-19 shocks.

He categorically stated again that the country’s current situation has been compounded by development which can be described as external shocks.
This follows a questioned posed by a journalist demanding to know that “There’s criticism by former President Mahama of the IMF seeming to praise, to say that the economic problems there, are entirely results of Covid-19 and the Ukraine war, and seeming to praise the government. I guess maybe that’s just diplomacy, but can you address that criticism and then, finally smaller country?

Responding to the question, Mr Rice stated that, “I would say, as just to repeat, the war in Ukraine has triggered a global economic shock that’s hitting Ghana.

“For many of these countries, their room for fiscal manoeuvre, if I could put it that way, is already extremely limited because they’ve used a lot of fiscal power already, firepower already in the pandemic.

“So, the shock coming from the war in Ukraine compounds other pressing policy challenges. And we’re very cognisant of that. And that’s why we are, as I described at the beginning, stepping up to help countries where we can, and that includes Ghana.”

He further disclosed that an IMF mission is expected in Ghana in the coming weeks to continue talks with government over discussions for a Fund programme, noting that “We had an IMF staff team in Accra in July to begin initial discussions with the Ghanaian authorities. And we characterized that mission as constructive, kickstarted the process, and laid the groundwork for engagement, which now continues.”

Ghana is before the IMF for US$3 billion to help the country navigate through the hostile economic crisis in which it finds itself as a result of the adverse effects of the deadly coronavirus (COVID-19) pandemic and the ongoing conflict between Russia and Ukraine.

Already, a delegation from the IMF, led by the Mission Chief for Ghana, Carlo Sdralevich, has visited Ghana and held initial discussions with the Ministry of Finance on a possible IMF-support programme.