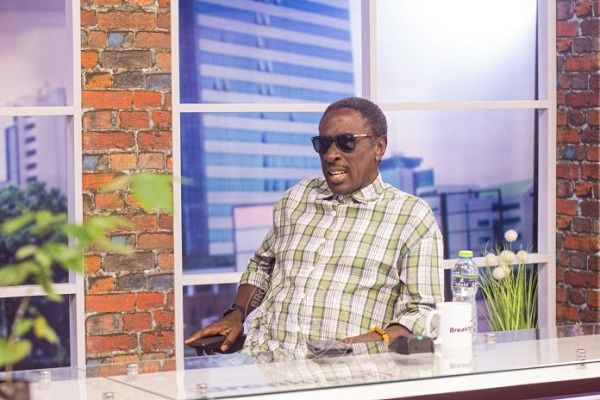 A veteran journalist and satirist, Kweku Sintim Misa popularly known in showbiz circles as KSM, has descended heavily on the government for heading to the International Monetary Fund (IMF) again for the 17th time in a row.

According to the renowned broadcaster, the decision has been borne out of financial recklessness and imprudent utilization of the state’s scarce resources which hitherto, are highly expected to be used wisely and prudently but the leaders of this fast deteriorating nation are doing the contrary. He intimated that going to the International Monetary Fund, IMF, is not a headache for him but he questions how the government is quick to head to the IMF for financial bailouts without thinking carefully about the repercussions and ramifications that are likely to be incurred on the country due to her insatiable appetite in borrowing and sourcing for financial supports from the international community where we are being mocked by other people that we do not know how to adopt prudent management of our economic structure but embarking on reckless and profligate spending where the economy of Ghana currently is in deep distress struggling to survive under the regime of Nana Addo Dankwa Akufo Addo and his appointees.

The finest entertainment host on Metro Tv, queries about how things are presently happening in the country because to him, it is high time the government took pragmatic and salient steps to curb the sprawling effects on the forefront of our economic structures but due to high handedness, nothing of that sort is going to take place in the current leadership that is the main reason why they are quick to rise to the international space for financial bailouts without thinking through what challenges are ahead of the country as they continue to seek financial resources which are not moving the country forward an inch but rather, retards the nation from moving forward. He, therefore, stated that the government’s 17th decision to go to the IMF is a total and classical case of a remarkable display of financial indiscipline on the part of the government and its political appointees who are currently at the helm of affairs steering things downwards the nation.

The fact of the issue is that the government going to the international monetary fund seeking financial bailouts to embark on certain sensitive developmental projects in some selected parts of the country is the 18th time since the current president Nana Addo Dankwa Akufo Addo took over the reins of administration from the erstwhile regime of John Dramani Mahama and his appointees.

The famous broadcaster’s chastisement of the government about its decision for heading to the IMF once again before it could revive and restore the economy on track is highly hoped to be fought with by government shutdown and communication machinery speaking and defending the government on every wrong direction and tangent taken which does not in any way, favor or progress the country even an inch.