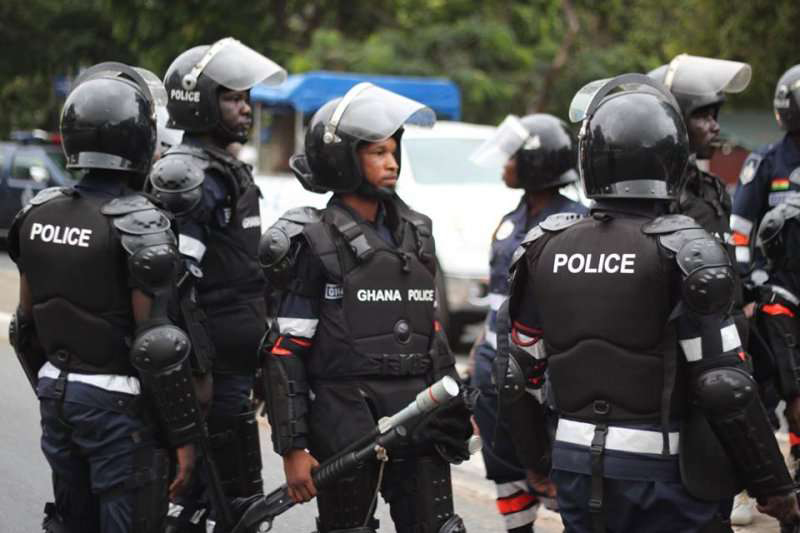 Some five police officers who were interdicted over alleged extortion attempted to bribe investigators to influence the case.

Lance Corporal Redeemer Agama, Constables Wishwell Odoo, Evans Arawassi, Lawal Agyapong and Sena Kuvordu were remanded by an Accra Circuit Court after the victim filed a complaint at the Kaneshie Police Station earlier this week for allegedly extorting GHS 20,000 from him.

According to reports, the embattled officers attempted bribing the investigators with GHS 2,500 to let them off the hook.

The victim who is also a student was aboard an Uber vehicle when the masked officers using the ‘Operation Calm Life’ patrol pickup stopped them for questioning.

Per a report filed by CitiNewsRoom, the rogue officers threatened to torture the victim if he does not give them something. This was after they had driven him from the University of Professional Studies, Accra (UPSA) road to Awudome cemetery.

After several threats and demands, the victim ended up paying GHS 20,000 for fear of his life.

“We went through the Airport road, and they said either I take them to a hotel and give them GHS 20,000, or I go to the police headquarters. But I insisted that I have done nothing wrong. They started threatening me, and so I started feeling unsafe, and said I will give them the money, so they set me free.”

He continued: “They took me to Awudome Road through to Circle. They called one guy who came with a phone. The police took the phone and asked me to transfer the money to the Mobile Money number. So I transferred the money from my bank account to the mobile money wallet. They then left me and I took a taxi cab home.”

In a separate case, the police is investigating the case of some three officers who arrested the driver of an unregistered Mercedes Benz and forced him to withdraw GHS 18,000 from two ATMs.