The news anchor of Angel Broadcasting Network (ABN), Kofi Adoma addressed Ghanaians on an important issue to note as one of the anchors with the name Ohemaa Sakyiwaa was frauded.

According to Kofi Adoma, an unknown person hacked their co-worker’s Whatsapp account and went through the groups she has joined to pick Ohemaa Sakyiwaa’s contact. 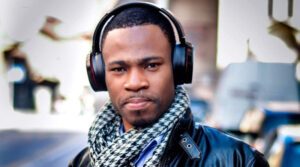 The unknown person began to chat with Ohemaa Sakyiwaa in the name of their co-worker since he is using the number and demanded five hundred Ghana Cedis (GH¢500.00) from her.

The unknown person gave Ohemaa Sakyiwaa a mobile money number with a name attached to it to make the deposit.

Ohemaa Sakyiwaa could not think as much and unfortunately, she sent the money to the person before calling her co-worker to confirm whether the money has been received.

The co-worker told Ohemaa Sakyiwaa that, her Whatsapp account has been hacked and she realized the unknown person is a fraudster.

Kofi Adoma urges Ghanaians to re-register their SIMS with the Ghana card so that they will never fall victim to it.

Due to what has happened to Ohemaa Sakyiwaa, Kofi Adoma boldly tells the fraudsters that, it is good Nana Addo Dankwa Akufo-Addo passed the E-levy.

This is because, whenever the fraudsters extort huge money from civilians and they attempt to withdraw, they will be deducted according to the charges imposed on the tax on electronic transactions.