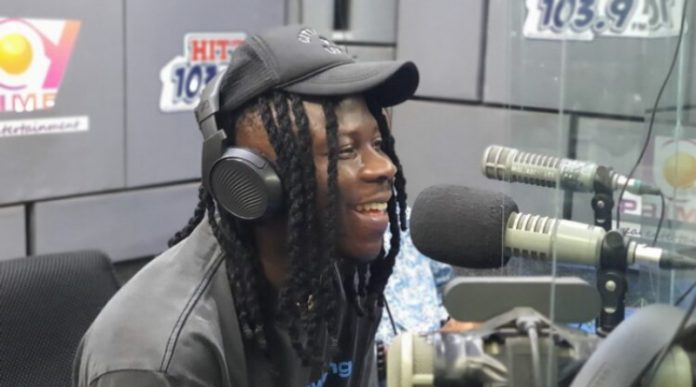 Stonebwoy, a reggae/dancehall performer, claims that seeing his friend Tinny criticize him for paying off an alleged debt hurt him.

The Therapy singer, Stonebwoy claimed on Daybreak Hitz that Tinny’s claim that he ought to have been in touch before paying the 2,000 is incorrect.

Stonebwoy claimed that after hearing Tinny, he was saddened since he had good intentions and had not made the donation to belittle Stonebwoy.

Some months ago, an event promoter called out Tinny for supposedly refusing to refund GHS2,000 paid to him for a Valentine’s Day show at Worawora Afariwa Loungeon, which he failed to show up.

The promoter, in an interview on Hitz FM, remarked that “he [Tinny] told me he can’t pay the money so he has decided to use his car as collateral. I couldn’t drive the car to my house, so, I suggested we go to the Taifa Police Station for them to seize the car until I get my money and he agreed.”

Stonebwoy, when he heard of this during the same interview, voluntarily offered to pay his senior colleague’s supposed debt. But, Tinny, breaking his silence in an interview on Okay FM, Monday, said he is not impressed with the entire “clout chasing”.

Tinny described the claims by the event promoter and Stonebwoy’s willingness to pay as an act of foolery since no one reached out to him to verify the claims. He indicated that he saw Stonebwoy’s kindness as a façade.

But, Stonebwoy explained that at the time the show promoter was making his allegations against the hiplife artiste, he stated emphatically that the case was with the police.

“If someone says something is with the police, it is believable because it’s a legal institution, you can’t just lie on them, so that was one thing that made me think it was true, if he had mentioned anything else I wouldn’t have acted on the spot.”

The musician said he offered to help because he did not want the promoter to stretch the issue far more than he needed to.

“Big respect to Tinny but his reason during the interview at the time that I didn’t call him before or after, is flawed. It doesn’t warrant for you to squeeze me in such a manner, insult my intelligence,” he said.

Stonebwoy added that this incident has shown him where he stands with Tinny and would be cautious going forward.