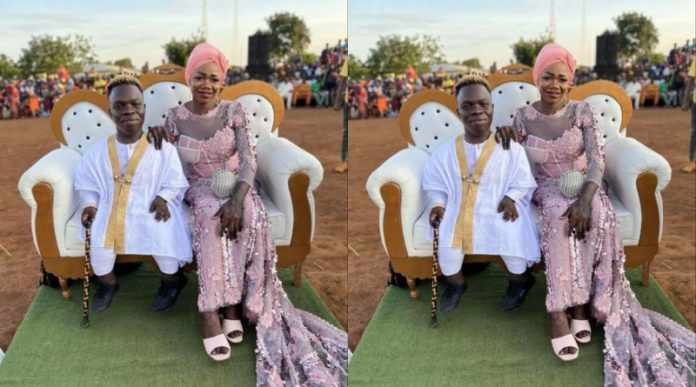 Shatta Bundle, a self-described billionaire, made news over the weekend when pictures that went viral online implied that he had wed his baby mom.

The rumour that surrounded the endearing images suggested that Shatta Bundle had ended their engagement.

The celebs and netizens who were thrilled by the news showered the social media sensation with praise and congratulations.

Now that Shatta Bundle has spoken out for the first time, we know that the images and videos actually came from his son’s naming ceremony, not a wedding as had previously claimed.

Shatta Bundle explained that the festive event was held in honor of his second child, whom he has named Adams.

Shatta Bundle’s naming ceremony attracted almost the entire community as they gathered to witness how the event unfolded with some friends and family of the socialite showing up with money sprayed on Shatta Bundle and the mother of his child.