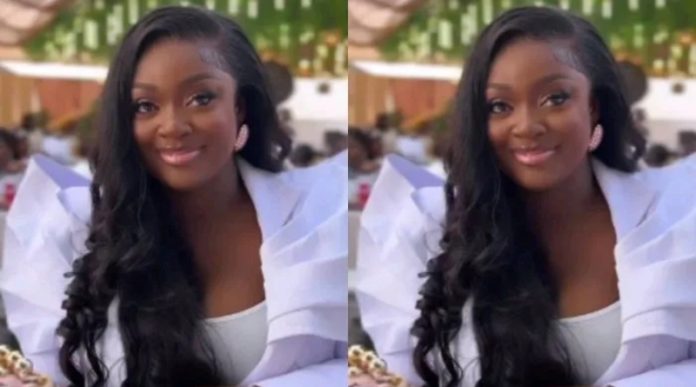 In response to a widely circulated story about her marriage to Liberian President George Weah, actress Jackie Appiah issued a statement.

Jackie Appiah has reaffirmed her earlier declaration that she will not wed George Weah and become his second wife with a strong statement.

In the video, Jackie gave off the impression of a happy bride flashing her ring. She looked great in a stylish white dress, and she had matching accessories and flawless makeup!

However, her caption read; ‘The figment of someone’s imagination doesn’t have to become your reality. When truth is on your side, silence becomes golden.’

The actress’ statement shows she’s been vindicated because she didn’t tie the knot with George Weah as it was widely speculated.