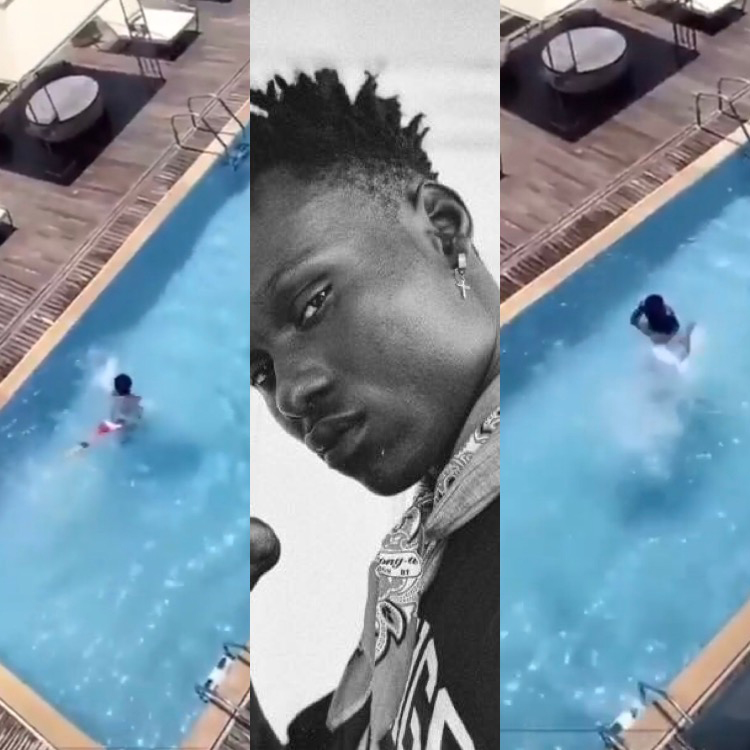 Jay Bhad Nearly Drown While Swimming In A Pool.

Kumerican fast-rising drill star Jay Bhad nearly drown while he went out for swimming in a pool but was quickly saved by a rescue team.

Jackson Kwadwo Bawuh, better known by Ghanaians as Jay Bhad decided to take a day off from the studio to cool himself by swimming.

Video circulating on the internet shows Jay Bhad in a pool struggling to move his body, and it took the intervention of a rescue guard to pull him out of the pool