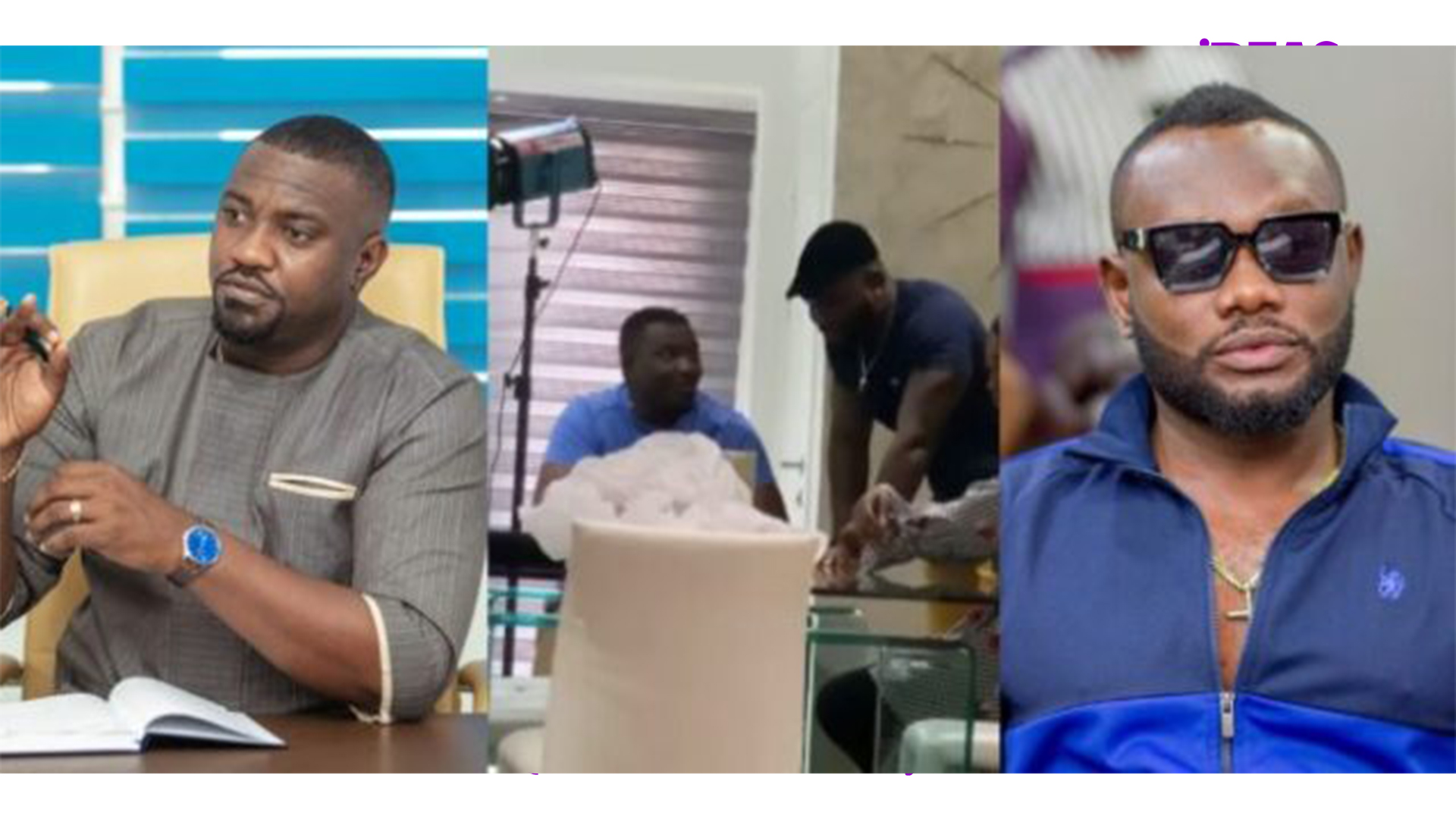 The two were sighted in a video posted to David Osei’s Instagram page. It is obviousthe two are on set for a movie shoot or an advert.

Prince David Osei was lambasted in the build-up to the 2020 elections for campaigning against his friend and colleague John Dumelo who was contesting for parliamentary seat in Ayawaso West Wuogon.

But to Prince, it was all politics and differences in political ideologies – something they both understand.

Posting the video, the actor’s caption looked more like a swipe at his critics.

He wrote: “understanding politics is the beginning of wisdom ? all love out here with my brother Dobo @johndumelo.”